State Minister for Labour and Employment Mujibul Haque yesterday told parliament that according to investment board data a total of 12,183 foreigners were working in the industrial and commercial sectors of Bangladesh. 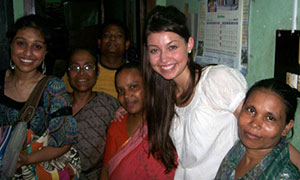 In answer to the question of Awami League Lawmaker Abdul Latif the minister said this during the question–answer session.

While answering to the question of lawmaker M Abdulla of Laxmipur 4 constituency the minister said the government would take legal action against if garment owners did not implement the new wage structure.

“Most of the industries have implemented the new wage structure on December 1, 2013, the minister said.

In answer to the question of Jatiya Party lawmaker AKM Maidul Islam, Mujibul Haque said that 35 private organisations of the 42 under labour law-2006 have rearranged minimum wage structure for their workers.

In reply to another query ruling party lawmaker Israfil Alam, also the state minister, said that a total of 18 companies had contributed Tk34, 51, 73,136 to the labour welfare foundation from 2008 to till date while Tk10, 667,800 was handed over to victim workers as compensation.