Three Bangladeshi workers died of smoke inhalation on Friday after a fire broke out in their room in Manama, the capital of Bahrain. 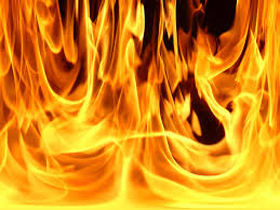 Two more Bangladeshis suffered injuries in the fire incident that took place around 3:30am in a residential building in Manama.

Around 50-60 tenants — all Bangladesh nationals — were living in the building.   Confirming the incident, Shameem Ahsan, Director General (External Publicity Wing) at the Foreign Ministry, said two of the victims were identified while the officials were trying to ascertain the identities of another deceased.

“The fire was caused by safety negligence, in which the first floor of the building was gutted,” the Interior Ministry (Bahrain) said in a statement, adding that an investigation has been launched.   Meanwhile, a Foreign Ministry media note said the victims died of ‘suffocation’ and there was no ‘sign of burn’ or injury in the bodies.

The two injured nationals received treatment and were released from the hospital, it said.   Bangladesh Ambassador to Bahrain Ali Akbar, accompanied by Counsellor (Labour) rushed to the spot immediately, visited the building and went to the local police station and also met the officer-in-charge who was supervising the rescue operation.

The tenants (survivors) of the accommodation were taken to the police station for information and registration of a case.

They also visited the Salmanya Medical Center, Manama and checked the dead bodies in the mortuary of the hospital.

The Mission remains in constant touch with the Bahraini authorities to ascertain the information and find out further details, said the media release.

The Embassy is taking care of the survivors and is providing them humanitarian support and items of bare necessity of daily lives.

Also in Makharqa of Bahrain, 13 Bangladeshis were killed when a fire swept through their labour accommodation in January last year.