Hollywood star Arnold Schwarzenegger says he would begin filming .The 66-year-old actor would be reprising his signature cyborg role in the fifth installment of the action series. 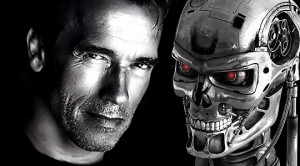 “We start filming in the middle or in the end of April and it will be a four or four-and-a-half month long shoot. We will be filming it in New Orleans with some of it in San Francisco and maybe a little of it in LA but most of it will be done in New Orleans,” Arnold said.

“I`m really looking forward to that because as you know, the last time when they did the `Terminator`, it was when I was Governor and so I couldn`t be in that movie but now I`m back again and they are very excited about having me in the film.”

Emilia Clarke, Jason Clarke and Jai Courtney are all reported to have roles in the reboot, which will be directed by Alan Taylor. It is due to release in July 2015.

Arnold was in the three films releasedbetween 1984 and 2003, but did not appear in the fourth film, 2009`s `Terminator Salvation`, which starred Christian Bale and Sam Worthington.