Axiata President and Group Chief Executive Officer Dato’ Sri Jamaludin Ibrahim is scheduled to make an official visit to Bangladesh on September 7, 2015; Monday along with the Axiata management team members.

During his daylong visit, he will be engaging with the management team of Robi Axiata Limited to share his vision for the company. He is also scheduled to meet the key government stakeholders during his stay at Dhaka. 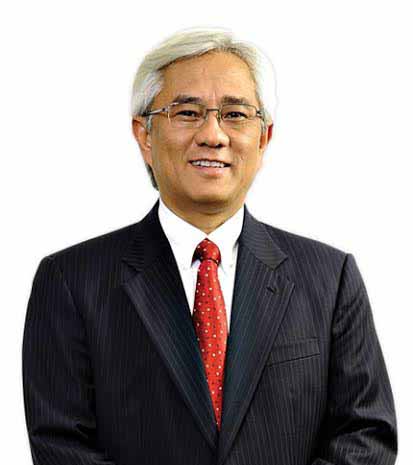 Jamaludin is Managing Director/President & Group Chief Executive Officer of Axiata Group Berhad, which he joined in March 2008. He has worked for about 34 years in the ICT industry – 16 years in IT and 18 years in telecommunications.

Jamaludin started his career as a lecturer in Quantitative Methods at California State University, USA in 1980.

He then spent 12 years in IBM (1981-1993), the first five years as Systems Engineer and then in various positions in Sales, Marketing and Management. In 1993, he was appointed Chief Executive Officer of Digital Equipment Malaysia (the Malaysian branch of Digital Equipment, then the second largest IT company worldwide).

Axiata is one of the largest Asian telecommunications companies. Axiata has controlling interests in mobile operators in Malaysia, Indonesia, Sri Lanka, Bangladesh and Cambodia with significant strategic stakes in India and Singapore.

The Group’s mobile subsidiaries and associates operate under the brand name ‘Celcom’ in Malaysia, ‘XL’ in Indonesia, ‘Dialog’ in Sri Lanka, ‘Robi’ in Bangladesh, ‘Smart’ in Cambodia, ‘Idea’ in India and ‘M1’ in Singapore.

The Group, including its subsidiaries and associates, has over 260 million mobile subscribers in Asia. The Group revenue for 2014 was RM18.7 billion. The Group provides employment to over 25,000 people across Asia. Axiata’s vision is to be a regional champion by 2015 by piecing together the best throughout the region in connectivity, technology and talent, uniting them towards a single goal: Advancing Asia.

The Group has expanded its portfolio of business which now includes a communications infrastructure solutions and services company called “edotco” and a digital services company, Axiata Digital Services.

Robi Axiata Limited is a joint venture between Axiata Group Berhad, of Malaysia and NTT DoCoMo Inc., of Japan. Robi is the second largest mobile phone operator in Bangladesh in terms of revenue, with 27.4 million subscribers, as of June 2015. Robi network provides nationwide coverage to nearly 99% of the population with 12,679 2.5G BTS and over 2,450 3.5G sites. Robi proudly claims to have the widest international roaming service in the market, connecting 600 operators across more than 200 countries. It is also the first operator to introduce GPRS and 3.5G services in Bangladesh. The Company has introduced many first of its kind digital services in the country and has invested heavily in taking mobile financial services to the underserved communities in the rural and semi-urban areas.