Prime Minister Sheikh Hasina has already given approval for export of arms and ammunition from the BOF. However, it will also need clearance from the ministries of home affairs and foreign affairs, and the commerce and law ministries, before it can export arms and ammunition, reports The Independent. 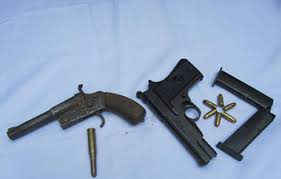 BOF commandant Maj. Gen. Anwarul Momen told The Independent that they are exploring the arms market, to export their products. “We will attend different arms trade fairs abroad, for exporting our different products,” he said. “We have already got approval from the Prime Minister. We will start the process of exporting our products, after receiving clearance from the ministries concerned.”

Security expert Brigadier-General (retd) M Sakhawat Hossain told this correspondent that it is a positive sign that Bangladesh is exporting arms and ammunition, which indicates it is a country that is meeting its own demand for small arms and ammunition.

“As far as I know, there would be a market for such weapons and ammunition in some African countries,” he said. He advised organising the exports of arms and ammunition on a state-to-state basis.

BOF was established in 1968, with technical and financial assistance from the People’s Republic of China. However, it was inaugurated on April 6, 1970. Though it suffered considerable damage during the Liberation War in 1971, the BOF’s capabilities have been restored and expanded since then.

In 1982-1983, balancing, modernisation and replacement (BMR) works started, which were completed in 1987. After the BMR, the annual production target of the factory was determined at 2,500 rifles and 15 million units of ammunition. A project for establishing an Automatic Assault Rifle BD-08 Factory was undertaken in 2004-05 and successfully implemented in 2008.

The BOF was initially set up with technology, machinery, and equipment and support facilities from China. Gradually, however, technology transfers from Austria, Australia, Belgium, Germany and Italy occurred. The BOF now boasts a mix of conventional and state-of-the-art computerised controlled processes and systems for manufacturing.