The authorities of state-owned banks misappropriate a large portion of the funds they are given by the government to recover from losses, said Bangladesh Bank’s former deputy governor Khondkar Ibrahim Khaled. 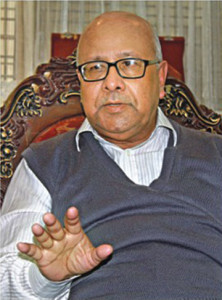 “By developing health and education systems, sustainable development can be achieved in the country.”

Tayabur Rahman, professor of development studies at the University of Dhaka, said: “We now allocate 0.5% of the GDP for poverty reduction but an additional 0.7% allocation to finance targeted livelihood programmes is needed each year for five fiscal years to lift all the extreme poor out of poverty.”

He also said the goal behind the allocation would be achieved if the money reached the targeted group.

Nazmul Haque Prodhan, the lawmaker of Panchagarh 1 constituency, said the government should ramp up allocations for poverty eradication programmes.

He also blasted the government’s move to help banks recover from losses, saying: “The banks are provided with subsidies so that their authorities can eventually embezzle the money.”

“Those embezzling the funds should be subjected to punitive measures,” he added.