Men, please note! Spending quality time with the kids and doing housework alongside your spouse may be key to keeping your wife happy, according to a new study. 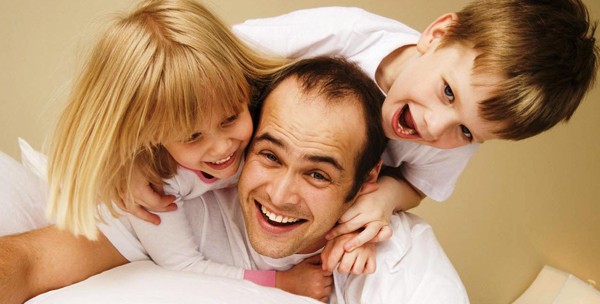 “For women, dad having a good relationship with the kids means that dad and mom are probably going to have a better relationship,” said Erin Holmes from Brigham Young University.

The study measured father involvement in a number of ways – playing with kids, engaging in shared interests and providing teaching moments.

“Something as simple as reading a book with your children every night and talking with them about their day can really go a long way,” said Adam Galovan, who authored the study with Holmes.

Most of the parents were between the ages of 25 and 30 and all of the couples had a child age 5 or younger.“This stage of life, where couples have young children, is potentially really challenging for couples,” Holmes said.

In fact, previous research by Holmes shows that both husbands and wives dramatically increase their household tasks during the transition to parenthood.

Typically dads do twice as much housework after the first baby arrives. Moms, however, do about five times more housework than before. “When wives are satisfied with the division of labour, both spouses report higher marital quality,” Holmes said in a statement.

“We found that it didn’t matter who did what, but how satisfied people were with the division of labour,” said Holmes.

“We found that when wives are doing work together with their husbands, they are more satisfied with the division of labour,” Holmes added. The study was published in the Journal of Family Issues.