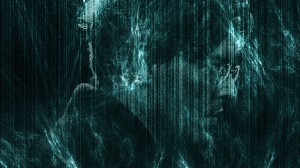 The 50-year-old American actor will be undergoing a terrifying transformation for the portrayal of Dr. Will Caster, an artificial intelligence researcher and is directed by Wally Pfister , reportedly.

The film also feature a stellar star cast in the form of Morgan Freeman, Rebecca Hall, Kate Mara and Paul Bettany who will be seen in supporting roles.

The Christopher Nolan project set to release in Indian theaters on April 18, 2014.