Tigers reach the target of 73 with eight overs to spare

Bangladesh avenged their Asia Cup defeat winning by nine wickets against Afghanistan in the first match of the Twenty20 World Cup in Mirpur on Sunday. 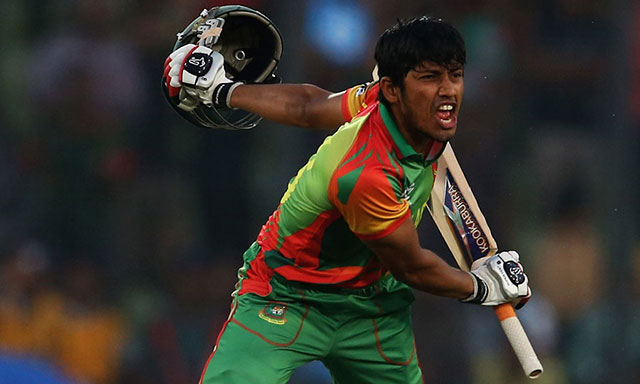 The Tigers bundled out Afghanistan at 72 with sharp fielding and bowling performance after winning the toss at Sher-e-Bangla National Cricket Stadium.

Shakib Al Hasan claimed three wickets and Abdur Razzak clinched two. One each were claimed by Mashrafe, Mahmudullah and Farhad.

The Afghans were given 12 runs in the extras, what was the third highest score after Gulbadin Naib, 21, and Shafiqullah, 16.

Opener Anamul Haque struck an unbeaten knock of 44 to ensure a smooth victory for the Tigers after the loss of Tamim Iqbal.

Shakib Al Hasan has been named man of the match for his three-wicket haul.

Bangladesh lost to Afghanistan by 32 runs in the Asia Cup earlier in March in home ground, what was upseting to the cricket fans of Bangladesh.