Milk, which is one of the chief sources of calcium, is highly nutritious and constitutes a part of our daily diet in some form or the other. The main constituents of milk are water, proteins, lipids, carbohydrates, vitamins and minerals, which are essential for growth and development.

Milk also contains various biologically active compounds such as caseins and whey proteins. Of the total whey solids, it is estimated that about 75% is lactose. Milk is available as full cream, skim, lactose-free and fat free milk. Condensed and evaporated milk, which can be pasteurized 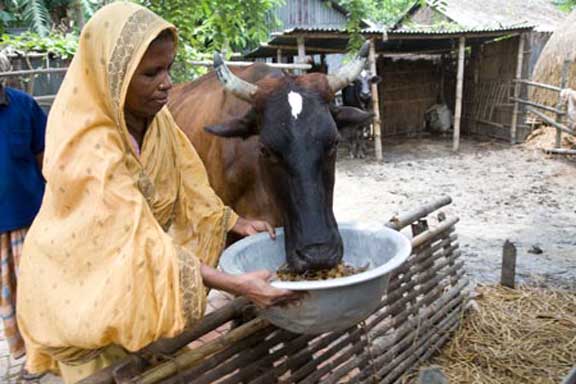 or ultra-pasteurized are also readily available these days. Cheese, yoghurt, buttermilk and sour cream are some of the products made from milk.

In the manufacturing of dairy products, there is usually a lot of damage to the environment due to the generation of waste from livestock producers and the by-products from dairy foods. Large amounts of these by-products are generally discarded in the ecosystem, especially into the rivers, lakes, seas or soil, causing considerable environmental pollution, which not only affects the quality of water, air and soil, but even causes climatic variations.

Research has shown that lactose is one of the most polluting by-products due of its high biochemical oxygen demand (BOD) < 35,000 ppm and its chemical oxygen demand (COD) < 60,000 ppm. When it is discarded in the soil in the form of industrial effluent without any prior treatment, it can modify the soil’s physical and chemical composition considerably, reducing to reduced crop yields.

In an effort to reduce this environmental damage, scientists around the world are looking for new biotechnological alternatives to utilize those by-products especially industrial dairy waste to try and obtain different chemicals, which could have various potential industrial applications.

In the process of olive oil extraction, it is found that nearly 80% of waste is generated which is known as oil press and nearly half of this is composed of water. One of the fungus Geotrichum candidum acts on this substrate, namely oil press waste and milk whey to produce biomass thereby reducing pollution levels.

Bacillus megaterium SRKP-3 acts on industrial dairy waste as a substrate to produce polyhydroxybutyrates (PHB), which is a biodegradable type of plastic. Brevibacterium casei SRKP2 acts on industrial waste milk as a carbon source to produce PHB. This discovery is highly useful in the medical field because the products were used to produce nanoparticles of PHB to facilitate drug delivery to any part of the body.

The combustion of biofuels releases less polluting agents into the environment than burning fossil fuels; however, the rate limiting factor has been the high cost of raw materials which is used to produce these biofuels. Dairy waste is a viable solution, which is used as a substrate for fermentation by yeast like Kluyveromyces fragilis to produce ethanol.

Another way to reduce greenhouse gas emissions and contamination of soil and aquatic ecosystems by fossils fuels is by using dairy wastes to produce hydrogen as a biofuel.

Microbial fuel cell technology has been developed to obtain bioelectricity from milk wastes, thus providing new alternatives for the use of electric energy.

Biosurfactants (BS) have shown promising role in bioremediation and oil recovery processes due to their surface activity, biodegradability, antimicrobial effects, amongst others. Bacteria such as Pseudomonas aeruginosa and its recombinant strain have been able to synthetize BS with milk whey waste obtained from the cheese industry.

Bioactive peptides (compounds of protean nature with biological activity found in milk and in its derivatives) not only have a nutritional function but possess various biological properties such as: anticancer effect, antimicrobial property, antihypertensive effect, regulation of immune system, antimicrobial activity, neurotransmitter generation, amongst others. A proteolytic vegetal enzyme from Maclura pomifera is used to produce a bioactive peptide from dairy waste.

Thus, this article shows how dairy by-products can be used to obtain valuable chemical compounds in the fields of health, pharmaceuticals, food, plastics and fuels. This goes a long way in decreasing environmental pollution and reducing the damage caused by man. However, before these methods are scaled to industrial levels, further studies would be essential for optimization of culture conditions and development of microbial strains in an effort to generate maximum yields in a cost-effective manner.