The nation is set to celebrate the 45th anniversary of the Victory Day on Friday, paying homage to the martyrs for their supreme sacrifice for freeing the country from the misrule and occupation of Pakistani ruler.

Forty-five years back, the country was liberated on the 16th of December, 1971 after around nine months of war of independence and the supreme sacrifice of three million people and the honour of nearly half a million women, reports BSS.

On this day in 1971, the commander of Pakistan occupation army, General AAK Niazi, and his 93,000 soldiers surrendered to the allied forces of freedom fighters and Indian army at Ramna 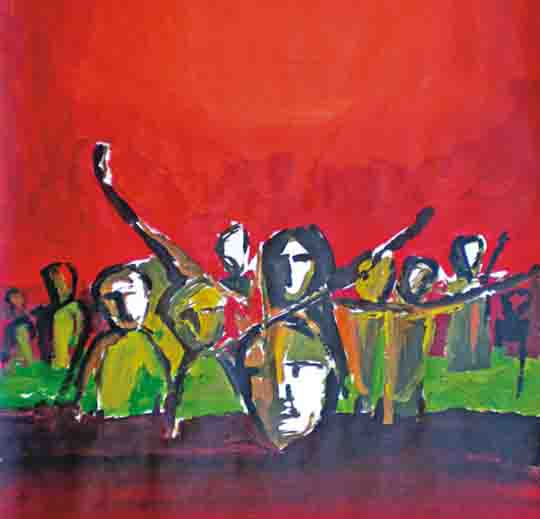 Racecourse, now Suhrawardy Udyan, in Dhaka following a miserable defeat in the war of independence that broke out in March 25.

“The importance and significance of great Victory Day is of boundless in our national history. The victory has given us our own identity and on the other hand, it has elevated us to world arena as an independent nation,” the president said in his message.

He said the country is now marching towards development and progress and has achieved manifold successes both at home and abroad, with formulating appropriate planning and ensuring its best implementation.

The president paid his deep homage to the valiant freedom fighters who made supreme sacrifice in the war of liberation for the cause of country’s independence.

He extended deep gratitude to the organisers and supporters and the people from all strata who directly and indirectly made meaningful contributions to our war of liberation. He also greeted the countrymen living at home and abroad.

On the day of the greatest victory, Prime Minister Sheikh Hasina in her message paid deep homage to the Father of the Nation Bangabandhu Sheikh Mujibur Rahman and recalled with gratitude the four national leaders, and three million martyrs, who sacrificed their lives and two hundred thousand women, who sacrificed their honour for the cause of our independence.

She called upon the countrymen to uphold the development and democratic spree being imbued with the spirit of the freedom struggle.

“Let us all engage ourselves for building a service-oriented, hunger-poverty-free, and a happy-prosperous ‘Golden Bangladesh’ as dreamt by the Father of the Nation,” the premier said.

She also extended her sincere greetings and warm felicitations to the countrymen at home and abroad on this glorious day.

Different socio-political, educational and cultural institutions and organisations have chalked out a series of programmes to celebrate the nation’s glorious victory over the Pakistani occupation force. National dailies will bring out special supplements.

The government has taken elaborate programmes to celebrate the Day at the national level on December 16.

The day will start with 31 gun salutes. President Abdul Hamid and Prime Minister Sheikh Hasina will pay tributes to the martyrs of the Liberation War by placing wreath at the National Memorial at Savar with the rise of the sun.

They will be followed by family members of Bir Shreshathas, freedom fighters, former Indian army officers involved in the Liberation War, foreign diplomats, different political and social organisations and people from all walks of life.

Marking the day, a colorful parade will be held at National Parade Square in the Old Airport area with the participation of armed forces. The President will take salute as chief guest at the parade. The Prime Minister will be present on the occasion.

The day is a public holiday. The national flag will be hoisted atop government, semi- government and private offices as well as offices of autonomous bodies across the country.

Important buildings and establishments would be illuminated at night. Important roads and road islands will be decorated with miniature national flags and colourful festoons.

The state-owned and private televisions and radios will broadcast special programmes highlighting the Liberation War.

Receptions will be hosted to freedom fighters and family members of martyrs at city, district and upazila levels.

Special prayers will be offered in mosques and other places of worship seeking salvation of the souls of martyrs of the Liberation War, and peace, progress and prosperity of the country.

Improved diets will be served in jails, hospitals, orphanages and vagrant homes across the country.

Destitute children will be allowed to visit children’s parks and other recreational centres across the country free-of-cost.

Bangladesh missions abroad will observe the day through different programmes.