AMTOB, the association of mobile operators in Bangladesh, expressed its dissatisfaction regarding the proposed national budget of FY 2017-18 in a written statement/press conference today.

AMTOB complained that while Telecom Industry is contributing around 6% of GDP with potential to grow up to 8% in near future, the proposals placed by the industry before the budget, have not been reflected in the budget speech. The budget seems to add more pain to general customers without giving any benefit. 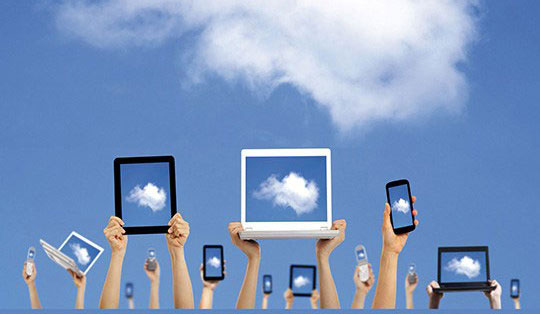 Operators also demanded the complete withdrawal of SIM Tax as earlier reductions have helped in achieving 54% unique SIM penetration and for further growth complete withdrawal is necessary. They also asked for harmonization of corporate tax with other industries.

Notably none of the mobile operations are making a profit, save for one, and increased infrastructure costs will make profitability for these operations untenable again. AMTOB feel s that the government has once again sacrificed higher long-term benefits for lower short-term immediacies. However, the contribution of mobile network operators is of utmost importance in the development strategy of the government in achieving a sustainable growth for the nation as every 100 Taka the industry earns, 47 goes to government exchequer.

The operators hoped that the Finance Minister would appreciate their demands and provide with a comprehensive result to help achieve better quality, innovative and affordable provisioning of telecom services by the network operators.

There is a consensus on what should be considered as the vehicle through which the vision of Digital Bangladesh is implemented; it is internet. If we look at the current scenario, around 60 million people are accessing internet. Most interestingly, around 95% of these users are accessing internet through their mobile phones. This goes to show the tremendous contribution being made by the mobile telecom sector in achieving the Digital Bangladesh vision. Therefore, a budget that leaves the industry to share even more share of its revenue with the Government severely limits its ability to invest in the country’s digital future. Therefore, we feel the proposed budget is counterproductive to the attainment of the nation’s digital vision.

Over the last three years, we have managed to offer 3G services to 18% subscribers by investing more than 30,000 crore Taka and by raising the smartphone penetration rate to around 27- 30%. In return, we have only earned around 6,000 crore Taka in revenue from the 3G service. While we are yet to break-even on our 3G investment, we are getting ready for 4G with 4G enabled handset penetration of only 4%. In such a situation, raising import duty on mobile handsets will make for an even bleaker future for the industry. On top of that, raising import duty for telecom equipment from 5% to 10% will add to the burden on the industry in view of the impending investment for introducing 4G technology in the country. Therefore, the budget rationale is clearly at odds with the nation’s digital aspiration and such proposals need to be rescinded for the sake of the country.

We need to remember that in context of expanding internet access to the citizens, raising mobile phone penetration is essential. Having invested more than 1 lakh crore taka over 20 years, the industry has raised the unique SIM penetration level to 54% as of recent times. This leaves out 46% of the population from enjoying the digital dividend in their life. In this backdrop, slapping 15% VAT of SIM Tax will make it even harder for these unconnected people to be part of digital revolution simply because they will find it unaffordable to get a SIM connection as they are relatively less privileged. Therefore, we propose a complete withdrawal of SIM Tax and SIM replacement Tax in the budget. We believe that there is a compelling case in favour of doing so. If we look back to 2011 when SIM tax was set at 600 Taka, industry’s contribution the GDP was 3.2%; in 2013 when it was brought down to 300 Taka, the industry’s GDP contribution rose up to 4.9% and in 2015 when the SIM tax was brought down to 100 Taka, industry contributed 6.2% of the GDP. According to “Economic Impact: Bangladesh Mobile Industry- GSMA” published in 2017, the industry can contribute up to $17bn and create direct or indirect job opportunity for 820 thousand people in 2020 if enabling environment is created for the operators. So, we strongly urge the Government to abolish this tax once for all.

We believe that the corporate tax on telecom sector set at 45% is a major barrier to enticing Foreign Investment in this sector. While we see other industries being subjected to 30- 35% corporate tax depending on whether they are publicly listed or not, the 45% corporate tax rate leaves us little room to invest in the country’s digital future. The industry already contributes 47 Taka out of every 100 Taka worth revenue to the Government. In this context, we propose to reduce the corporate tax and bring harmony with other industries.

While we do not dispute the Government’s drive to ramp up revenue collection from the industry, we feel that the unfortunate imposition of increased duties on handsets, mobile telecom infrastructure and further increase to SIM tax goes counter to the government’s digital ambition to make telecom and data services more affordable. It was particularly disheartening for us to see none of our proposal being reflected in the budget presented by our Hon’ble Finance Minister on 1st June 2017. We hope the Government will review its proposal in light of our aforesaid submissions and help us deliver the nation the much coveted vision of a Digital Bangladesh.