Both children and adults, locals and foreigners grazed their feet over the 1,000 tiles in monochromatic shades of turquoise to feel the texture in Sandeep Mukherjee’s installation “The Sky Remains,” at the Dhaka Art Summit. The piece, which also consists of 14 modular wall panels is meant for viewers to think of the country’s sky and surrounding delta tributaries. Families posed for pictures in front of the immersive work, teenagers dressed in saris took selfies and toddlers wobbled across the work, demonstrating the hands-on nature of the biannual event.

projects, we have talks, we have performances — so all kinds of things under one roof,” said the Dhaka Art Summit’s co-founder Nadia Samdani, who along with her husband Rajeeb Samdani, started the summit, which had its first iteration in 2012, in 2011.

The four-day event, a collaboration between the Samdani Foundation and the Bangladesh Ministry of Cultural Affairs, took place from February 5 to 8 at the Bangladesh Shilpakala Academy in Dhaka, attracting over 138,000 visitors from the region and around the globe to experience South Asian Art. “There’s no other event like this, which is focused towards South Asian art, and we really wanted to give a platform for this, and it’s a major exposure for the international, especially for the western world, to come and discover our South Asian artists,” said Nadia.

Although there currently are no contemporary art museums in Bangladesh, the Samdanis currently have plans to build an art space in Sylhet, Bangladesh that is expected to open in 2018, but until then, aside from the galleries located in Bangladesh, the Dhaka Art Summit is the premier stage for South Asian art in the world. “So many curated exhibitions that Bangladeshi artists are being included, so many articles, so much written about them, even important museums have collected, like the British Museum, Tate, Guggenheim, Kunsthalle Basel, so they’re giving shows to Bangladeshi artists,” said Nadia. “This is what our success is of the Dhaka Art Summit, putting Bangladesh and South Asia on the map.”

“I could not be more thrilled with the breadth and quality of all of the exhibitions and for all the intellectual discourse thriving in the Critical Writing Ensemble, which percolated in formal and informal meetings across the four days of DAS,” added Diana Campbell Betancourt, Samdani Art Foundation Artistic Director and DAS Chief Curator.

The biggest indication of success at the event, which was free to the public, was the fact that 2,500 students visited, perhaps experiencing their first exposure to work by international artists like Lynda Benglis, who exhibited a series of sculptures she created specifically for the event, and Tino Sehgal, who presented a performance piece acted out by Bangladeshi drama students. “The shows DAS puts up are so interesting and so many people come here just for the exchange,” said Beatrix Ruf, director of the Stedelijk Museum in Amsterdam. “What really amazes me is that there is no assumption of what this event should be… it’s not an art fair, it’s not a symposium, it’s not a biennial. I was so excited to see the rows of children entering the Summit, the whole building was filled with children from schools looking at something that they understood far better than I did.”

Here’s a brief overview of the highlights of the Dhaka Art Summit:

The gallery that exhibited the nominees for the Samdani Art Award, curated by Daniel Baumann, showed Bangladesh’s most promising contemporary artists. At the opening dinner for the Dhaka Art Summit at Le Meridien, an ecstatic Rasel Chowdhury won the grand prize for “Railway Longings”, a thought provocative look into the lives lived along the country’s railroad system. Chowdhury will spend a three-month residency at the Delfina Foundation in London.

A Journey Through Architecture in Bangladesh

Curated by Centre Pompidou curator Aurélien Lemonier, A Journey Through Architecture in Bangladesh was the first exhibition of its kind in the country. The exhibition uses Muzharul Islam as its starting point. Rather than create it himself, Bangladeshi architect Islam tapped Louis Kahn to design the Dhaka parliament building. Both Islam and Kahn would go on to influence generations of architects in Dhaka, like Bashirul Haq of Bashirul Haq & Associates Ltd., Salauddin Ahmed of Atelier Robin Architects, and Mustapha Khalid Palash of Vistaara Architects Ltd., whose models and plans are among those that were displayed in the exhibition.

Although the names of European and American Modernist artists are known to art enthusiasts around the globe, the names of prominent South Asian artists from the same period or not. Rewind featured 90 works by 13 artists who had connections with Bangladesh, and displayed their pre-1980 endeavors in abstraction and figuration, many of which had never been seen before. “One of the works, which was by a Bangladeshi Modernist, it belongs to the Shilpakala Academy Collection Archive,” said Nadia. “Another work hasn’t been shown in 30 years.” Anwar Jalal Shemza’s abstract masterpieces, Bagyi Aung Soe’s felt tip pen on paper works, and Germaine Krull’s beautiful photographs of early ‘60s Burma were among the countless highlights of the exhibition.

DAS artistic director Diana Campbell Betancourt curated Mining Warm Data, a group exhibition that displayed work that was overtly political in nature. Betancourt began the exhibition with the continuation of Mariam Ghani and Chitra Ganesh’s Index of the Disappeared. On February 7, Ma Mangqiang, the Chinese ambassador to Bangladesh, marched in and told organizers to take down “Last Words,” a series of five images by Indian artist Ritu Sarin and Tibetan artist Tenzing Sonam of letters written by Tibetan who burned themselves to death to protest the Chinese government’s oppression of Tibet. By the final day, five pieces of white paper covered the places where the art once hung. 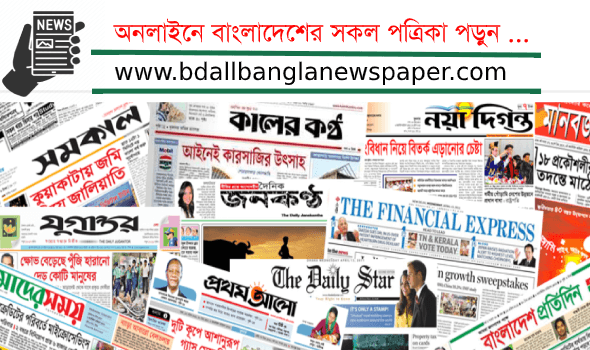