‘Avengers: Age of Ultron’ will air an exclusive clip during Marvel’s ‘Agents of SHIELD’ next week. 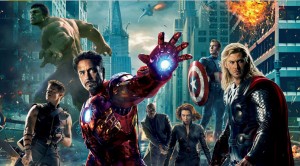 The ABC series had been set to debut a full-length trailer for the ‘Avengers’ sequel, but the teaser leaked online earlier this week, reported Ace Showbiz.

Marvel Studios promptly brought forward the official release of a 2-minute teaser hours after the leak.

The Twitter account for ‘Marvel’s Agents of SHIELD’ has now revealed that a new scene from ‘Avengers: Age of Ultron’ will air on Tuesday, rather than the trailer.

“On Tuesday’s Marvel’s #AgentsofSHIELD, see an EXCLUSIVE SCENE from Marvel’s ‘Avengers: Age of Ultron’ on ABC!,” the Marvel account posted.

The Marvel superheroes will come together to opposite the malevolent artificial intelligence known as Ultron (James Spader).