Bangladesh has not been included in the list of countries now under review of the US GSP programme that could alter their beneficiary status.

The GSP status of Bangladesh as also other countries has been suspended in June last year, following which the US authorities were reviewing the worker rights, child labour, intellectual property rights, or arbitral awards issues to consider reinstating the trade preferences.

Since the suspension of the GSP programme, a number of countries continued to be reviewed that could alter their beneficiary status, according to the latest Trade Policy Review of US by the World Trade Organisation (WTO). But in the review list Bangladesh was not included. 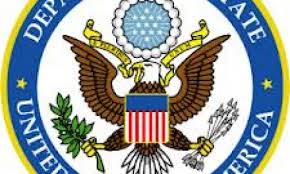 A number of changes in country eligibility took place during the review period, it added.

As per the review list, the countries included in the list are Ecuador, Fiji, Georgia, Indonesia, Iraq, Niger, Philippines, the Russian Federation, and Uzbekistan.

Meanwhile, a review process to consider Myanmar and Lao PDR as possible beneficiary countries was still under way as of mid-2014.

On June 27 last year, the United States suspended the Generalised System of Preferences (GSP) eligibility for Bangladesh due to worker rights issues while the GSP programme expired on July 31 last year.

The US authorities, however, imposed an action plan of 16 conditions asking Bangladesh to comply with if it has to get back the GSP benefits.

Bangladesh also submitted the progress report to the US authorities, claiming that it has implemented all the conditions.

Bangladesh has made visible progress in all the conditions, but it might be that the US government is not satisfied with the progress in some points, said Mustafizur Rahman, Executive Director of the Centre for Policy Dialogue (CPD). “It may result in dropping the name of the country from the list.”

He suggested Bangladesh to identify the conditions where progress is not satisfactory and take action accordingly.

Commerce Minister Tofail Ahmed explained it differently. “There is no possibility of GSP review as it expired last year and GSP would not be given to anyone,” he told the Dhaka Tribune yesterday, after having discussion in this regard with outgoing US Ambassador in Dhaka Dan W Mozena.

“But the countries, especially of Africa, would be provided with duty-free market access,” he quoted Mozena as saying.

Earlier a meeting with the US ambassador to Bangladesh Dan W Mozena at the commerce ministry yesterday, Tofail raised the question of GSP restoration and, in response, Mozena said there is no possibility of GSP coming back as it expired in 2013.

“We are not worried as no country will get GSP facilities. And if it is restored, we would get it because we have done lot of progress as per the Action plan,” the minister said.

Senior Commerce Secretary Hedayetullah Al Mamoon told the Dhaka Tribune, if the US Congress considers restoration of GSP for any country, Bangladesh would be the first country to get it back as it has implemented all the conditions of safety and compliant issues.