He has started functioning as the adviser to the bank’s president from this month, WB sources confirmed.

Other members of the advisory councils are Marshal Goldsmith, Mark Thompson, Rita Mcgrain 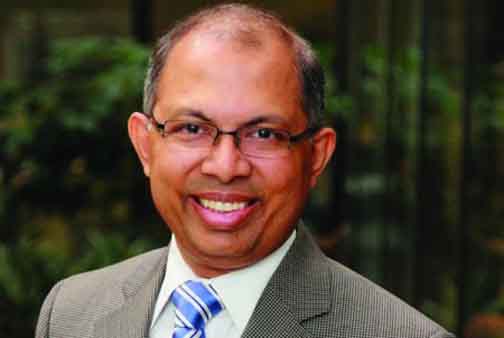 48-year old Chowdhury, who is from Chittagong, is also the Chairman and CEO of ASI Consulting Group.

Regarding this new post, Chowdhury said, “I am honoured to be part of World Bank, which is working hard to uplift the economic condition of those who are living in extreme poverty.”

Stating that many in Bangladesh were still reeling under acute poverty, Chowdhury said the World Bank president had set a target to mitigate this problem by 2030.

“If World Bank succeeds to mitigate poverty by 2020, then the number of people living in acute poverty in Bangladesh too will come down to zero,” he added.

In order to make this possible, policy makers of the country will have to come forward to help, he said.

Chowdhury received his undergraduate degree in aeronautical engineering from the Indian Institute of Technology (IIT), Kharagpur, and went on to study industrial management at Central Michigan University, USA.

Chowdhury started his career as a quality and systems engineer at General Motor’s Delphi Division in 1993.

From 1998-2003, he was involved in providing technical training to the officials of US automotive manufacturing companies, as an Executive Vice President of the American Supplier Institute.

The Subir and Malini Chowdhury Center for Bangladesh Studies was established at the University of California’s Berkeley campus in March this year to promote Bengali language, culture, arts and the overall development of Bangladesh.

The New York Times described him as the “leading quality expert”, after he co-authored a book titled QS-9000 Pioneers in 1996 with Ken Zimmer. So far, he has authored 14 well-known books.