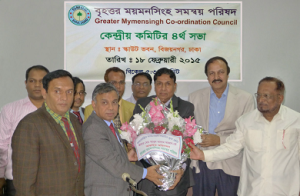 GMCC arranged its 4th General Meeting at Scout Bhaban in the city on 18th instant and honored the Principal Secretary. Mr. Azad is the Chairman of the council.