A new study has suggested that the accumulation of age-associated changes in a biochemical process that helps control genes may be responsible for some of the increased risk of cancer seen in older people.

Researchers suspect that DNA methylation, or the binding of chemical tags, called methyl groups, onto DNA, may be involved. Methyl groups activate or silence genes, by affecting interactions between DNA and the cell’s protein-making machinery. 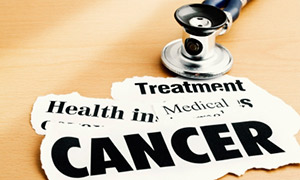 They demonstrated that a subset of those sites- the ones that become increasingly methylated with advancing age- are also disproportionately methylated in a variety of human cancers.

“You can think of methylation as dust settling on an unused switch, which then prevents the cell from turning on certain genes,” Taylor said. “If a cell can no longer turn on critical developmental programs, it might be easier for it to become a cancer cell.”

Xu and Taylor made the discovery using blood samples from participants in the Sister Study, a nationwide research effort to find the environmental and genetic causes of breast cancer and other diseases.

Taylor said that DNA methylation appears to be part of the normal aging process and occurs in genes involved in cell development.

Cancer cells often have altered DNA methylation, but the researchers were surprised to find that 70-90 percent of the sites associated with age showed significantly increased methylation in all seven cancer types.

Taylor suggested that age-related methylation may disable the expression of certain genes, making it easier for cells to transition to cancer. The study was published in the journal Carcinogenesis.