Bangladesh has been a focus of attention of the international community for some time. On 30 April 2015 the US Congressional Subcommittee on Asia and the Pacific held a hearing on ‘Bangladesh’s Fracture: Political and Religious Extremism.

Less than two months later a parliamentary debate was held in the House of Commons where a number of common themes were once against addressed.

On 17 June 2015, the Parliamentary debate, chaired by Sir Alan Meale and led by Anne Main MP, was held on the issue of Bangladesh and the country’s volatile future. Members of Parliament attended the debate from the Labour Party, the Labour and Co-operative Party, the Conservative Party and the Scottish National Party. Speakers focused on the positive aspects of Bangladesh’s recent development, but issued stern warnings that the UK should not be afraid to 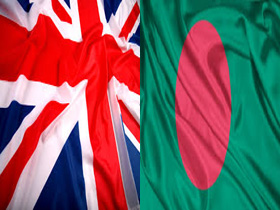 criticise the incumbent government for its failings in addressing widespread human rights violations.

Bangladesh achieved independence in December 1971, following an eight-month long bloody war of liberation from Pakistan, resulting in the current Prime Minister of Bangladesh’s father, Sheikh Mujibur Rahman, being elected head of state. It was Sheikh Mujibur Rahman who led the call to arms to fight for independence in his Road to Ramna speech on the 7 March 1971. The speech was one that expressly stated the wishes of Mujibur Rahman – the wishes that an equal, fair and secular society would be born in Bangladesh “That is why I am requesting you; do not try and run military rule in my country…Hindus, Muslims, Bangalis and non-Bangalis, all those who live in this Bangla are our brothers. The responsibility of protecting them is upon you.” He further went on to state that: “The struggle this time is the struggle for our emancipation. The struggle this time is…for independence.”

However, Bangladesh today is a distant memory from those idealistic words. It is unified nation that brings together different faiths, ideologies or political opinions. It is a nation divided by hatred and mistrust that is experiencing internal strife as a result of not having addressed a climate of impunity for more than four decades. It is now experiencing a rise in religious fundamentalism, political unrest and gender inequality – it was these themes that were the subject of much discussion in the parliamentary debate.

Anne Main concluded her opening remarks by reiterating a sentiment supported by the participating MPs: the UK, ‘as the biggest bilateral donor to Bangladesh, [must] act as a critical friend…’

Small Steps to Change and Growth

Throughout the debate, positive developments were brought forward as a mark of the improvements in Bangladesh and its progress. Most notably was the recent Independent Commission for Aid Impact report stating that poverty levels have seen a decrease to fewer than 45% as a result of steady growth. This has led to improvements in social indicators such as adult literacy, child malnutrition and infant mortality, which all contribute to a sustained growth in Bangladesh’s economy. However, this is a slightly misleading figure, as the ICAI go on to report that ‘many Bangladeshis still live under the poverty line – an estimated 77% of the population live on under US$2 a day – and there is marked income and social inequality.’ Moreover, the steady growth comes at the expense of cheap and exploitative labour practices in the ready-made garments (RMG) industry, where the Rana Plaza and Tazreen Fashions tragedies occurred claiming the lives of more than two and a half thousand people.

An important step to growth and sustainability is the Scottish Climate Justice Fund – a topic raised by Ms. Tasmina Ahmed-Sheikh of the SNP. She spoke of the £6million fund’s focus on ‘access to clean water, enabling communities to assert their water rights, and sharing best practice in natural resource management.’ She further went on to state that results have meant ‘communities are brought together to work towards a better future, sickness is banished, crops are healthy, and children can return to school.’

Issues a ‘Critical Friend’ Must Address

Whilst Bangladesh has seen improvements and economic growth, the disturbingly frequent extra judicial killings, enforced disappearances, arrests and attacks, show no signs of decreasing, with political unrest and tensions gripping the country in a state of danger and uncertainty, particularly for those opposed to the ruling party.

Sheikh Mujibur Rahman spoke of equality, equal treatment and brotherhood in his 1971 speech, but the inequality of present day Bangladesh is palpable and the hollow pledges for strengthening democratic freedoms that Sheikh Hasina’s Awami League Government repeat in speeches and press conferences, when faced with international calls for dialogue and political stability, conflict with their actions and the reality of the situation.

Since February 2014, four bloggers have been brutally murdered for their political stance and views expressed, with Mrs Main commenting in her opening remarks that ‘such atrocities have been linked to freedom of speech and perceived religious insults.’ These cases are linked to the political divide which has plummeted the country into violence and it is the view held in the debate that with ‘all efforts…made to ensure forthright and fair political engagement’ and a break in the impasse, the situation will improve. However, the situation in Bangladesh has become a deep-rooted one that will arguably take a lot more than a break of an impasse between the main political rivals to solve. With attacks on religious minorities (whose population stands at 20 million) dramatically on the increase, the shrinking of democratic freedoms, curtailment of fundamental rights and the targeting of political opponents through the courts, the UK must strive to mediate on more than the political impasse, and be a present aid for stability and empowerment, as suggested by Mr. Christian Matheson MP.

Another issue raised by Mr. Matheson is that of labour rights. He spoke both of the illegality of child labour and the dangerous conditions in which shipbreakers are expected to work. After recounting a visit to Bangladesh, Mr. Matheson spoke of the ILO standards for child labour, in which young boys of 15 are considered within this scope. He states that as a ‘critical friend of Bangladesh…we must put pressure on the Government of Bangladesh to ensure that they put pressure on the shipbreaking owners.’

In relation to the Scottish Climate Justice Fund, the issue of child marriage and its link to climate change arises. In a report by the Human Rights Watch, child marriage rates were directly addressed:

“Some families interviewed by Human Rights Watch said they had made decisions about marriage for reasons directly related to natural disasters – some for example rushed to marry off a daughter in anticipation of losing their home to river erosion.”

This is why the Climate Justice Fund has called on the British Government to match its funding, with Bangladesh’s need being great; Bangladesh warned last year that they would need £3 billion over five years to adapt to current climate challenges, including help to build 700km of coastal defences. Whilst £3 billion may be the sum needed to develop infrastructure that will protect Bangladeshis from inevitable rises in sea levels, amongst other dangerous natural occurrences, there is no guarantee that the funds will be protected from misuse or corrupt misappropriation. With the situation deteriorating in Bangladesh, and the Awami League exercising their autocratic authority in the form of illegal arrests, extra judicial killings and enforced disappearances, it is not beyond the realms of possibility that part of the donation could be used to fund law enforcement and security forces such as the BGB and, most crucially, the Rapid Action Battalion (RAB – infamously known as the Death Squad in Bangladesh), who act brutally without constraint and face no consequences for their illegal actions, due to their government issued mandate.

The possibility misuse of the requested £3 billion is real. 34% of aid projects supported by the UK, and scrutinised by the ICAI, are marked as amber or red, raising cause for concern, due to allegations of corruption, and in 2012 the World Bank cancelled a $1.2 billion loan to build Bangladesh’s longest bridge due to ‘credible evidence [of] high-level corruption conspiracy’, saying that the ‘World Bank cannot, should not, and will not turn a blind eye to evidence of corruption.’

The Future for Bangladesh

The debate chaired by Sir Alan Meale saw a unanimous agreement that each MP, and the British Government, stood in support of the Government of Bangladesh, echoing the sentiments of Mr Jim Fitzpatrick MP when he stated that ‘whichever party—BNP or Awami League—has won the support of the Bangladeshi people, I and colleagues have supported the Government of Bangladesh.’ This support is one that should perhaps be questioned, and should certainly be extended further than whichever party is ruling, as the recent spike in violence is believed to have been directly related to credible allegations of vote rigging and the targeting of political opponents through the courts – most notably the highly discredited war crimes trials. It is quite clear that the Awami League did not have the democratic support usually displayed in a free, fair and inclusive election, particularly as the election process was carried out without a caretaker government, after the provision for one was removed from Bangladesh’s constitution.

In order to contribute to Bangladesh’s growth and, more importantly, its peace and long term stability, Mrs. Main said in her final comment: “We are friends of Bangladesh, but we are critical friends.”

However, the UK must strive to be more than just a ‘critical friend’ of Bangladesh, and perhaps become a multi-faceted personality: the critical friend, the advisory mentor and the strict regulator.