I don’t follow rules, I make my own, says Priyanka Chopra with her Bollywood movies and a budding international music career, Priyanka Chopra is into many places all at once but the actress says she has no plans to slowdown anytime soon.

Priyanka is in the middle of promoting her first release of the year ‘Gunday’, begins shooting the next schedule of ‘Mary Kom’ soon and plans to bring out her next single by April this year. She says she loves juggling different things and playing difficult roles. 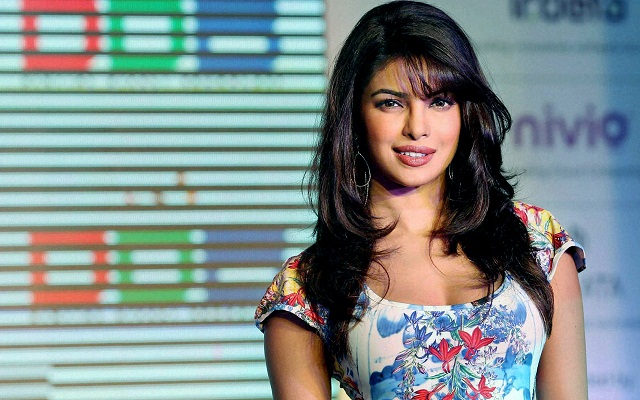 “I guess it is a bit of conscious thing because I get bored doing the same thing. In my films too, my characters are always different looking be it ‘Agneepath’, ‘Barfi!’ or in ‘Gunday’. I enjoy versatility and variety. I am not like others… I don’t follow rules and paths. I make my own rules,”

The 31-year-old former Miss World, who has been working since she was 17, jokes that unless someone handcuffs her and makes her stop, she would not be able to slowdown her breakneck speed.

“I had a 200 crore release last year in ‘Krrish 3’ and the year before I had ‘Barfi!’ and ‘Agneepath’. I think the last two years have been amazing for me. I had my singles. ‘Exotic’ won triple platinum in India. I feel my pace is absolutely fine. I think I need to increase it,” she said.

She is the object of affection to two of her leading stars Ranveer Singh and Arjun Kapoor in Ali Abbas Zafar directed ‘Gunday’ that hits the screens this Valentine’s Day.

Priyanka plays the role of Nandita, a cabaret dancer in the Kolkata of ’70s in the Yash Raj film which is set in the world of coal mafia.

“I enjoyed doing the film. It was tremendously satisfying to have so many shades in a character but it was difficult also because there is so much going on in the movie. She is very pivotal to the story as all the conflict happens because of Nandita. You don’t know whose side to take,” she said.