Khalid Rahim has been elected as Independent Director of the Board of Al-Arafah Islami Bank Ltd and Chairman of the Board Audit Committee. He was elected unanimously in the 260th meeting of the Board of Directors held on 24th July, 2014. 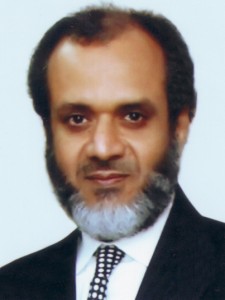 Khalid Rahim was based in London, UK, for the majority of his professional career to date and was previously Managing Director at Barclays de Zoete Wedd Limited (“BZW”, now Barclays Capital), the investment banking arm of Barclays Bank, one of the largest UK based banking groups. He was at BZW for 11 years.

Since work at BZW, Khalid Rahim was Group Chief Executive at a UK based financial services group engaged in Private Equity and Fund Management.

Whilst at UK, Khalid Rahim was an authorised Corporate Finance Advisor and an authorised Fund Manager and Investment Advisor, all authorisations from the Financial Services Authority, UK.

Khalid Rahim is a graduate of Nottingham University, UK, achieving a BA Hons in Economics and he has an MA in Finance and Investments from Exeter University, UK. Prior to leaving for UK in 1975, Khalid Rahim completed his school and college education at Faujderhat Cadet College, Faujderhat, Chittagong.

Khalid Rahim is married to Mrs. Ruma Rahim. They have 2 daughters and 3 sons.