Airtel Bangladesh Ltd, one of the fastest growing mobile service providers of the country, has announced its commercial 3G service launch in Khulna. After Dhaka, Chittagong, Sylhet, Khulna is the fourth division to have come under 3G coverage blanket of Airtel.

Airtel is set to introduce 3G services commercially in all divisional headquarters of the country by mid 2014. Areas which have been introduced under the 3G network in Khulna are Naval Staff Quarters, Boikali Bus Stop, Mujgunni Residential Area, Denarabad, Arambagh, Tootpara, Munshipara, Police Line, Kotwali and Rupsha Ghat. Airtel’s Valued Customers can check the list of 3G available areas by dialing *121*7*4#, dialing 1212 or visiting www.bd.airtel.com/airtel3G 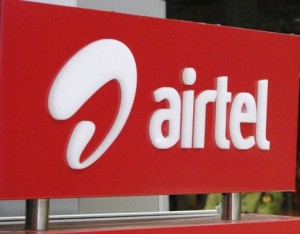 Commenting on the introduction of 3G services in Khulna, Chris Tobit, CEO & Managing Director, Airtel Bangladesh Limited said, “We are very excited to bring in 3G services to our valued customers in Khulna. Khulna is the fourth metropolitan city to be empowered with Airtel’s 3G networks. Delivery of the most superior quality of experience and the expansion of Bangladesh’s 3G networks is our prime focus at Airtel Bangladesh Limited. Our team has been working hard and we have been able to cover significant areas of the most important cities of the country, Dhaka, Chittagong, Sylhet, and now Khulna. Airtel is committed to cover the rest of the country’s divisional headquarters with 3G service by mid 2014.”

Airtel is committed to cater to its customers with innovative and exclusive 3G experience.

Bharti Airtel Limited is a leading global telecommunications company with operations in 20 countries across Asia and Africa. Headquartered in New Delhi, India, the company ranks amongst the top 4 mobile service providers globally in terms of subscribers. In India, the company’s product offerings include 2G, 3G and 4G wireless services, mobile commerce, fixed line services, high speed DSL broadband, IPTV, DTH, enterprise services including national & international long distance services to carriers. In the rest of the geographies, it offers 2G, 3G wireless services and mobile commerce. Bharti Airtel had over 277 million customers across its operations at the end of September 2013. To know more please visit, www.airtel.com.