Masih Malik Chowdhury FCA   has taken over the charge of President-ICAB at a formal ceremony on Thursday, 01 January 2015 at ICAB Auditorium. 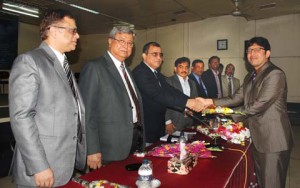