The United Nations Development Programme (UNDP) in Bangladesh will host the first-ever Youth Dialogue with the mayoral candidates of Dhaka North City Corporation (DNCC) on Thursday. 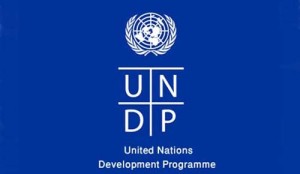 The Youth Dialogue, to be held at the Spectra Convention Centre in Gulshan,

will be joined by young people from all parts of Dhaka providing them a platform to voice their concerns and questions regarding the upcoming city corporation’s mayoral elections in Dhaka North, said an official here on Sunday, reports UNB.

The theme of the event is ‘Raising Young Voices!’ which highlights the concern that approximately 50 million youths in Bangladesh are largely left out of the socio-economic and political plans that affect their lives.

Designed to emphasise the voices of youths as an integral part of society, this event will moderate youths’ concerns and questions and allow the candidates to respond to their queries.

UNDP received over 150 questions from different youth organisations as well as from social media platforms reflecting a wide range of issues and queries from young people.

The UN Youth Advisory Panel (UNYAP) selected 20 questions from those and those will be asked to the mayoral candidates during the event.

Although young people comprise approximately 40 percent of Bangladesh’s population, they are rarely included in the election and policymaking processes of the country.

Hence the event aims to strengthen advocacy for youth inclusion surrounding current issues that matter to them. The event acknowledges that youths have something to say about their city.

By creating a platform for young people to engage with mayoral candidates, UNDP aims to galvanise youths’ participation in the election process.