More than 50 percent of food items and beverages sold on city streets are found contaminated with various groups of bacteria called coliform, said a study.

“More than 50 percent street foods and beverages are contaminated by coliform while more than one- third street foods is unhygienic by faecal pathogen (E.coli),” said the study. 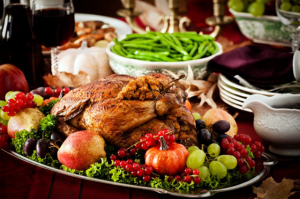 The International Centre for Diarrhoeal Disease Research, Bangladesh (ICDDR,B), an international health research organization, today unveiled the information at a programme at its Sasakawa Auditorium in city’s Mohakhali area.

State Minister of LGRD and Cooperative Moshiur Rahman Ranga was the chief guest at the programme while Executive Director of ICDDR, B Professor John D Clemens, Dr Shah Nawaz were also present with ICDDR,B Deputy Executive Director Dr Abbas Bhuiya in the chair.

Regarding the purity of WASA water he said, “I can say water of WASA is 100 percent pure to drink and there is no contamination.”

“Hands of 88 percent vendors are stained with germs and about two third vendors carry bacteria in hand while preparing foods,” said Associate scientist of ICDDR,B Dr Aliya Naheed, who led the study.

Speakers at the programme underscored awareness of both vendors and customers to avoid unhygienic foods.

Faecal pathogen (E coli) is a sort of coliform, a group of bacteria found in the human or animal intestinal tract, and may cause health hazards like bloody diarrhea, stomach cramps, vomiting and occasionally, fever. This can also cause pneumonia, other respiratory illnesses and urinary tract infections, according to health experts.