The chief executives of the Star Alliance member airlines Saturday unanimously decided to recommence the integration process with Air India at their board meeting held in Vienna.

“Star Alliance has long held the opinion that India is such an important aviation market that it should be fully represented in the Alliance,” said Mark Schwab, Star Alliance chief executive. 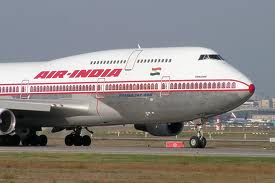 “However the level of change in the domestic market in recent years did not make it easy for an airline to become an alliance member.

“The market in India is now showing signs of stabilisation.

“Today we see an Air India which has successfully completed its merger with Indian Airlines and is building up a new fleet that forms the basis for a much improved level of service.

“This is why we believe the time is now right to recommence the integration process,” he added.

The Indian national carrier was originally accepted as a future member of Star Alliance in December 2007, but the integration process was halted in July 2011.

The suspension was a joint decision which allowed Air India to focus on completing its merger with Indian Airlines, without the distraction of the work required for full integration into the Star Alliance network.

“Today is an historic day for Air India.

“The decision to recommence the Star Alliance integration process will be beneficial for both sides.

“We are grateful for the warmth, support and encouragement with which all Alliance members have welcomed the decision,” said Rohit Nandan, Air India chairman.