The Rajya Sabha on Monday approved amendments to the land boundary agreement bill to correct an error in the name of the act.

The Constitution (One Hundred and Nineteenth Amendment) Bill, 2013 was passed by the Rajya Sabha earlier this week. 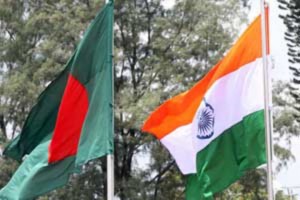 The error was in the numbering of the bill as “119th” amendment in the title, while it had become “100th” amendment when it was passed.

Numbering of constitutional bills are adhoc and change as not all bills introduced are passed.

In the upper house, the change was made in the title of the bill, but in the text of the bill changes were not made.

However, when it went to the Lok Sabha, a minor mistake in the numbering of the bill, which becomes the Constitution (One Hundredth Amendment) Act, 2015, was noticed and corrected, and the bill was then passed.

“This was very important bill, but this has caused great embarrassment to entire house… I am not saying the minister is to be blamed for it, officers looking at the bill should go word by word and line by line so in future a bill like this should not be dealt the way it has been dealt,” Azad said.

Communist Party of India (Marxist) leader Sitaram Yechury said he had pointed out the error on the day the bill was passed.

“I was reminding you from here which amendment it is… listen to us sometimes,” Yechury said.

Sushma Swaraj, however, said: “The 119th amendment was presented in 2013, we had amended title when we presented the bill in Rajya Sabha, but we were told rest would be consequential amendment so we did not move them… but Lok Sabha wanted it to be amended everywhere in the bill.”

The bill amends the First Schedule of the Constitution to give effect to an agreement entered into by India and Bangladesh on the acquiring and transfer of territories between the two countries on May 16, 1974.

The First Schedule defines the area of each state and union territory which together constitute India.

The bill to operationalise the agreement with Bangladesh includes exchange of territories in Assam, West Bengal, Tripura and Meghalaya.