After eight years of eclipse the popular metal band Artcell is working on its upcoming third album since the release of its second Oniket Prantor in 2006. 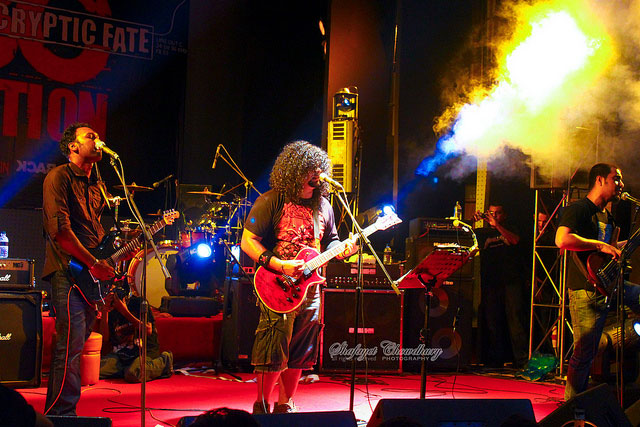 Formed in 1999, Artcell released its debut album Anya Samay in 2002 and gained huge popularity among the young generation of the country for its signature music style.

Explaining the reason for the delay in releasing another album, the vocal of the band Lincoln said that there was a bit of personal dispute among the band members. ‘And we could not get the band together as our bassist Cezanne and drummer Shaju settled in Australia,’ said Lincoln.

However, judging from the audience response at the different concerts and the single numbers released in different compilations, the band set to launch their third album this year. ‘The fans have been continuously requesting us to get back and at last we could not but to agree for a return,’ Lincoln told New Age.

Lincoln also informed that he and Ershad, who is the lead guitarist, are working really hard for the preparation of the album. ‘We are doing our parts while Cezanne and Shaju are working on their parts and will send it to us from Australia,’ also informed Lincoln, who further shared that they are planning to organise a huge concert when Cezanne and Shaju comes back.
The band vocalist also informed that they have already signed a contract with G Series for their next album.