Today is the birthday of the country’s noted novelist Ata Sarker. He was born in 1952 in Jamalpur. He emerged as a novelist in early 70s. His edited magazine was banned by the black law in the regime of Aiub government of the then East Pakistan. He started his career in journalism before obtaining master’s degree under the department of Political Science as well as Public Administration.

Now he is the Executive Vice President of Islami Bank Bangladesh Limited. 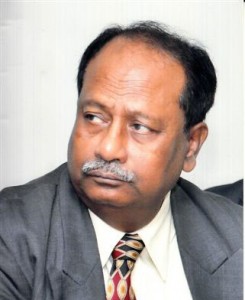 Ata Sarker is the president of Bangladesh Public Relations’ Association of Banks. He is also the associate member of National Press Club and Bangla Academy and life-time member of United Nation’s Somity.