The government has started issuing auction-based Islami Investment Bonds on Thursday, the first working day of the calendar year 2015, to create a new window for investment by the Islamic banks and financial institutions. 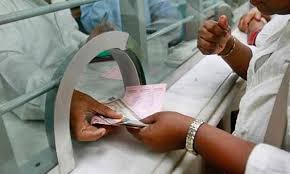 Besides, seven bids, amounting to Tk 936 million, were offered by six Islami banks and an Islamic non-banking financial institution (NBFI) for six-month BGIIB.

All bids were accepted for both tenures of Islami Investment Bonds with 90:10 cut-off PSR (profit sharing ratio), resulting 8.33 per cent EPR (expected profit rate), according to the auction result.

There will be no limit of bonds for bidding. The bidders will be allowed to submit the bidding document as per their own demands.

Currently, eight Islami banks and two NBFIs are running their businesses across the country.

The BGIIB auction will take place on each Thursday, a senior official of the Bangladesh Bank (BB) told the FE.

In 2011, BB Governor Dr. Atiur Rahman initiated the move against the backdrop of an increasing trend in Shariah-based banking in the country, he added.

The bond will help to create a new window for investment by the Islami banks and NBFIs, Mr. Sur told the FE.

He also said it will be an active tool for smooth implementation of the central bank’s monetary policy.

On August 18, 2014, the Ministry of Finance issued a gazette notification regarding BGIIB after completing all official formalities. However, the ministry extended the timeline for issuing the auction bond up to January 1, 2015 in line with BB’s request.

Mr. Mannan, also vice chairman of Association of Banks, Bangladesh (ABB), said the bond will be able to create an alternative investment source for Islami banks and NBFIs that currently cannot invest their surplus funds in treasury bills and other interest-bearing government bonds.