The leaders of Bangladesh Association of International Recruiting Agencies (Baira) today urged the government to immediately stop human trafficking from the country through the Bay of Bengal. 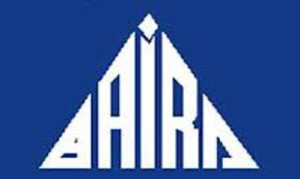 They also called for arresting the traffickers.

The Baira leaders came up with the demand at a press conference at its Eskaton Garden office this afternoon following recent incidents of rescuing people who were being trafficked to other countries through the Bay of Bengal.

“The members of Bangladesh Navy, Border Guard Bangladesh and Coast Guard should patrol the adjacent areas to the territorial sea to nab them,” Baira President Md Abul Bashar told the reporters.

They also urged the government to instruct the lawmen to conduct joint raids at Chittagong and Cox’s Bazar to arrest the culprits who cause sufferings to the trafficked people in other countries mostly in Malaysia.

“Prime Minister Sheikh Hasina should talk to the Malaysian leaders so that they take Bangladeshi people legally in their different projects.”

“It will curb the human trafficking, and Bangladeshi people, who are interested to immigrate to Malaysia, would not try to go illegally,” he added.