The Bangladeshi expatriates working in the Kingdom heaved a sigh of relief following a recent announcement by their government that Saudi Arabia would recruit more laborers from the country.

Their immigration process would be accomplished at a much lower price of 17,500 Taka each, as against the hefty amount of up to 500,000 Taka they used to pay agents to come to Saudi Arabia. 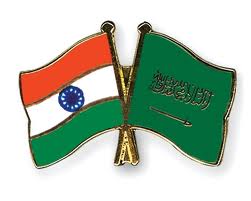 Mohammad Jahangir, a Bangladeshi working in the Kingdom, said the decision would pave the way for more recruitments as Saudi Arabia used to hire Bangladeshis in bulk till 2008.

Mohammad Nasir, a marketing executive at a Riyadh-based firm, said, “The decision is the beginning of a new chapter in Saudi-Bangla relationship. A massive recruitment drive may follow soon, as the Kingdom is formalizing labor agreement with several Asian countries.”

Nisar Hossain, another Bangladeshi worker, welcomed the move and said it would help his country send more trained and qualified labor to the Kingdom. “We have been looking forward to this news for quite some time,” Hossain said.

Earlier, Bangladesh Prime Minister Sheikh Hasina urged Saudi Arabia to increase the import of manpower from the country. There are more than 1.28 million Bangladeshi workers in the Kingdom.