Thirty-five year old Jannatul Mawa Ruma is on her way to create a world record by travelling 450 kilometres on foot in nine days.

Holding the national flag, Ruma started from Kolkata Press Club in India on February 11 around 4pm and reached Bangladesh’s largest land port, Benapole, on Thursday evening. After resting there the whole night, she started for Dhaka on Friday. 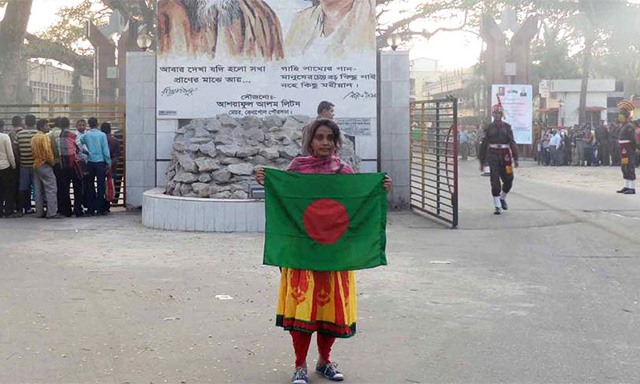 Resident of Purbo Rajabazar in the capital, Ruma is an NGO activist.

She told reporters at Benapole yesterday that she had stayed at a rest house in Benapole five kilometres off the starting point and started walking again the next morning. She said she needed to take rest on the way.

“I will be the first woman from Asia to break the record if I can reach Dhaka successfully,” Ruma said.

Ruma said she wanted to create the record to raise awareness on having healthy lifestyles by walking on a regular basis, which would, in turn, reduce the traffic jams in Bangladesh.

“People welcomed me cordially on my way,” she added.