The anti-Congress wave across India will also affect the Lok Sabha polls in the northeast, and influx from Bangladesh into Assam will be a major election issue for the BJP, party leader Venkaiah Naidu said here Wednesday.

The BJP leader targeted the Congress-led government and said the Aadhaar scheme was an attempt to make illegal migrants citizens of the country. 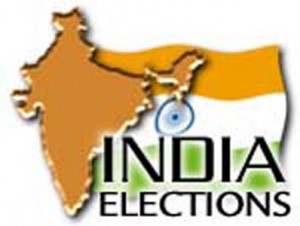 In the state to review the Bharatiya Janata Party’s poll preparations, Naidu said the Food Security Act was brought for “vote security” of the Congress.

“Congress will be out, there is no doubt,” Naidu said in his signature rhyming style, reports IANS.

“The country needs a stable government and an able leader and Narendra Modi will perform well in the polls,” he said.

He said India at this juncture cannot afford instability.

He also took up the issue of an alliance between the BJP and Assam’s regional party Asom Gana Parishad (AGP).

“It’s a fact that the alliance with AGP did not happen. But that’s not going to impact the BJP. The BJP under Modi will perform well in Assam. Moreover, AGP is not that strong a party now,” Naidu said.

On the Third Front, Naidu said it was a “mirage” and experiments in the past were failures.

Criticising the Front, he said seven prime ministerial aspirants have emerged from it.

“Can people of India have the luxury of instability? There is no alternative to the BJP under Modi,” he said.