Another Bangladeshi citizen has appeared in court for allegedly kidnapping and robbing fellow countrymen.

Jahid Jaman, 27, appeared briefly in the Pietermaritzburg Magistrate’s Court charged with kidnapping businessman Jashid Hoosen Uddin in Northdale on June 22 and with robbing Belayet Hoosen at a shop in Old Greytown Road. 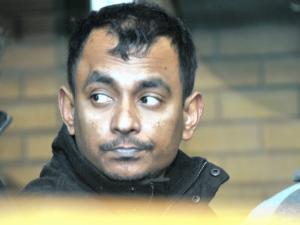 Ibrahim Miah, a Bangladeshi businessman from Durban, was originally arrested and charged for the kidnapping and robbery, but charges against him were withdrawn last week owing to a lack of evidence.

It is alleged that Hoosen was threatened with a firearm and his hands were tied during the robbery. An amount of R20 000 in cash, four cellphones, R8 000 worth of cellphone airtime and R12 000 worth of cigarettes as well as a camera and computer were allegedly taken.

Uddin was allegedly kidnapped and thrown into the boot of a vehicle. The kidnappers allegedly drove Uddin to Johannesburg.

Uddin, 24, was found in Gauteng at the weekend and returned to Pietermaritzburg after a two-week ordeal. He had been held in a house in Kempton Park, Gauteng, for 13 days.

He said his captors had demanded R1 million in ransom from his family in Bangladesh.

Uddin’s brother received information that he was being held and alerted the police who found Uddin and arrested Jaman.

Jaman’s case was adjourned to July 16 for a bail application.

Police sources indicated that they were investigating a syndicate that was targeting Pakistani and Bangla-deshi businessmen in KwaZulu-Natal.

Last year, Mohsin Patel of Underberg was also kidnapped from his shop and chained to a bed for 22 days in a house on the South Coast last year. he was found in Richmond.

Four men were arrested in that case.