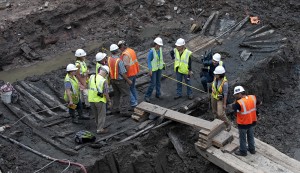 Migrant workers from Bangladesh and many other Asian and African countries are beaten, exploited, and trapped in forced labour situations in the United Arab Emirates (UAE), Human Rights Watch said in a report released today.

The UAE government, about to take up an influential new role in the International Labour Organization (ILO), has failed to adequately protect female domestic workers – many of them from the Philippines – from abuse by employers and recruiters.

In this Star photo taken on August 27, 2013, Bangladeshi workers stand in line to enter Shahjalal International Airport in Dhaka, before flying to a foreign country for jobs.

The 79-page report, “‘I Already Bought You’: Abuse and Exploitation of Female Migrant Domestic Workers in the United Arab Emirates,” documents how the UAE’s visa sponsorship system, known as kafala, and the lack of labour law protections leave migrant domestic workers exposed to abuse.

Domestic workers, most from Asia and Africa, cannot move to a new job before their contracts end without the employer’s consent, trapping many in abusive conditions.

Labour-sending countries do not fully protect the workers against deceptive recruitment practices or provide adequate assistance to abused nationals abroad.

“The UAE’s sponsorship system chains domestic workers to their employers and then leaves them isolated and at risk of abuse behind the closed doors of private homes,” said Rothna Begum, Middle East women’s rights researcher at HRW.

“With no labour law protections for domestic workers, employers can, and many do, overwork, underpay, and abuse these women,” she said.

The HRW interviewed 99 female domestic workers in the UAE, as well as recruitment agencies, lawyers, and others.

It sent letters to 15 UAE ministries and bodies in January, April, and August to seek information, request meetings, and present its findings but received no response, the rights body mentioned in the report.

The UAE government did have a short meeting with HRW representatives in September but did not address any domestic worker issues.

A number of domestic workers told Human Rights Watch about not being paid, not having rest periods or time off, being confined in the employer’s homes, and of excessive workloads, with working days of up to 21 hours.

They described being deprived of food and reported psychological, physical, and sexual abuse.

Many said their employers treated them like animals, or as if they were dirty and physical contact with them would be contaminating. In some cases the abuses amounted to forced labor or trafficking.

“My boss started hitting me after two weeks of being there,” one worker said. “She hit me with her fist to my chest. She scraped her fingernails to my neck, and slapped my face. I was bruised on my neck. She sometimes pulled out tufts of my hair.” The worker said she remained there, hoping to be paid, but never was.

At least 146,000 female migrant domestic workers – possibly many more – from countries such as the Philippines, Indonesia, India, Bangladesh, Sri Lanka, Nepal, and Ethiopia work in the UAE. However, some embassies or consulates in the UAE do not have shelters or adequate staffing to deal with abused domestic workers.

In June 2014, the UAE authorities revised the standard domestic worker labour contract to require a weekly day off and eight hours of rest in any 24-hour period.

However, the contract does not address other issues such as limits on working hours and is weaker than labour law protections for other workers that are enforceable by judicial authorities.

An unpublished draft law on domestic workers has been pending since 2012, but according to media reports, its contents would still fall short of protections for other workers.

The UAE authorities have reformed some aspects of the kafala system in recent years, but not for domestic workers.

Many workers also face “absconding” charges, an administrative offense, for leaving an employer without consent before the contract ends. While some workers said police officers treated them well, others said police encouraged them to return to abusive employers. In some cases, employers filed trumped-up theft charges against workers who fled.

Many workers said they faced further abuse if they turned to their recruitment agencies for help. Some said agents forced them to return to abusive employers, made them work for new families against their will, confined them to their agency residence and deprived them of food, or beat them when they sought help.

“Many domestic workers who leave abusive employers face a stone wall,” Begum said.  “They can be prosecuted for running away, while their abusers have little to fear.”

In recent years, severe abuses have led some labour-sending countries to place temporary bans on migration to the UAE for domestic work. Several, such as the Philippines, do not allow their nationals to travel to the UAE as domestic workers unless their UAE employers and recruitment agencies agree to minimum salaries and conditions.

In June, after the UAE authorities issued the revised contract, they called on embassies to stop verifying contract guarantees before issuing visas for domestic workers.

The Philippines, which is required under its domestic policy to verify contract terms, found that the new contract did not provide sufficient protection. It suspended its verification of visa applications for domestic work, though it did not its action as a ban.

“Where some countries stop their domestic workers from migrating to the UAE, other countries fill the gap, in a race to the bottom that jeopardizes workers,” Begum said. “Countries need to band together to demand reforms in the UAE, and bolster their own protection measures.”

In June, ILO members elected the UAE to its governing board. The UAE will participate in a session starting October 30 that will focus on a range of labour issues, including forced labor.

The UAE should reform its kafala system so domestic workers can change employers without their consent and without losing valid immigration status. It should pass the draft law on domestic workers, in line with the ILO Domestic Workers convention, raise public awareness about standards under the new domestic worker contract, and expand shelter and other aid and remedies for abused domestic workers.

Labour-sending countries should increase trained staff at embassies and consulates to help abused workers. They should also increase cooperation with the UAE government to monitor recruitment and contracts, resolve labor disputes, and combat forced labour.

“As it takes its seat on the ILO’s governing body, the UAE needs to make labour rights a reality at home, including for migrant domestic workers,” Begum said.