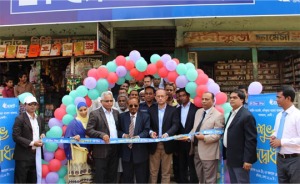 Bank Asia, pioneer in agent banking in Bangladesh, has been expanding agent banking services all over Bangladesh as a part of financial inclusion of unbanked population.