Asian countries are making a vital contribution to achieving global sustainable energy goals, a new World Bank report finds. But while the region performs strongly on ensuring electricity access for people and using more modern renewable energy, there is room for further improvement on energy efficiency and access to clean, smoke-free cooking. 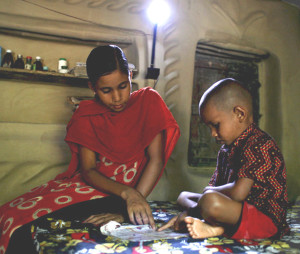 the Sustainable Energy for All (SE4All) initiativeuniversal energy access, doubling the global rate of improvement in energy efficiency and doubling the share of renewable energy by 2030.

Asia accounted for about 60 percent of the global progress on energy access and clean energy objectives during 2010-2012according to the report titled Progress Toward Sustainable Energy: Global Tracking Framework 2015contributing well beyond its share of global population and energy consumption.

Asia also moved rapidly to expand access to electricity for its citizens growing the population with electricity by 0.9 percent annually over the tracking period 2010-2012, well ahead of the global rate of 0.6 percent.

And while the global population with access to clean, modern cooking fuels actually fell during 2010-2012, Asia showed a modest improvement in access, but still far short of what is needed.

However, Asia’s progress on reducing the energy intensity of its economies with a compound annual growth rate of 1.3 percent annuallya commonly used measure of energy efficiencylagged behind the global average of 1.7 percent.

Some of Asia’s larger economies are critical to the global effort to reach Sustainable Energy for All. The report highlights some strong performances during the 2010-2012 tracking period including:

Vietnam and Indonesia were particularly strong on access to clean, modern cooking fuels, and added around 3-4 percentage points to their access rates.

Japan and Indonesia stood out in reducing their energy intensity (commonly used as an indicator of energy efficiency) by a compound annual growth rate of around 5 percent.

Australia and China increased their renewable energy shares by about 1 percentage point each.

On a global basis, the report found that 222 million people worldwide got access to electricity between 2010 and 2012, still leaving 1.1 billion people without access to energy. Meanwhile, 2.9 billion people are still using biomass fuels like wood and dung. Most of this population is in rural areas of Sub-Saharan Africa, South Asia, and eastern Asia.

Also, while the world avoided using as much energy in 2012 as Japan used the same year, the report says energy intensity must decline at least 50 percent faster to achieve the SE4All energy efficiency goal.

Global consumption of modern renewable energy accelerated by 4 percent per year between 2010 and 2012, but must be closer to 8 percenttwo times the current rateto reach the SE4All renewable energy goal.

We are heading in the right direction to end energy poverty, said Anita Marangoly George, Senior Director of the World Bank’s Energy and Extractives Global Practice, but we are still far from the finish line. We will need to work a lot harder especially to mobilize much larger investments in renewable energy and energy efficiency. Leveraging public finance to mobilize private capital is imperative in achieving these goals.