The South Asian Association for Regional Cooperation (Saarc), the eight-nation regional economic grouping which started its journey 30 years ago but failed to make much headway, has taken a big and positive step in promoting intra-regional travel. 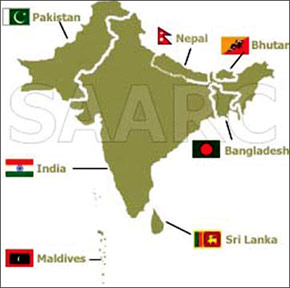 The positive move will allow movement of vehicles through their borders just like in European countries. The deal will also allow vehicles to ply on designated routes within the four member countries. The countries have drawn up a draft plan for transit of passengers, cargo and personal vehicles.

The move, apart from boosting trade and tourism, will also enhance people-to-people contact and enrich knowledge of cultural heritage of the countries. It also will reduce cost and time of unloading and loading of people and goods at border points, making cross border trade more efficient.

The sub-regional move is an initiative parallel to the proposed Saarc Motor Vehicles Agreement(MVA) and will be open to other neighbouring countries.

India, Bhutan and Nepal have accepted a Bangladeshi recommendation to keep the membership of the sub-regional group open so that neighbouring countries like Myanmar and China can connect to the region if they wish.

Bangladesh is making desperate efforts to link China through road communications through Kunming, the capital of Yunnan province, via Myanmar. Bangladesh Prime Minister Sheikh Hasina, during her visit to China last year, also proposed connectivity through road via Kunming to boost exports and imports between the two countries.

Transport officials of the countries had a meeting in Kolkata Feb 2-3 to finalise the draft MVA. A transport ministers’ meeting is likely to be held in May or June to approve the proposed deal. The agreement will help transform transport corridors linking the four countries into economic corridors and increase people-to-people contact.

The initiative of the four nations is clearly in pursuance of an agenda of economic development and connectivity against the backdrop of the inability of Saarc to take pro-active measures.

Political observers here said the draft agreement was smarter than the proposed Saarc transport agreement. The deal will allow the member countries to bilaterally fix the fees, administrative costs and service charges among others.

The countries will also decide on traffic volume through mutual negotiations and only authorized operators will be allowed to carry passengers and cargo.

The Asian Development Bank (ADB) is providing financial, technical and administrative backing to implement the MVA.

The agreement will not hamper the proposed Saarc MVA. The Saarc effort is moving slowly because of delays on the part of some member countries.

Meanwhile, the four countries have also formed a group named BBIN (Bangladesh, Bhutan, India and Nepal), which at a meeting in New Delhi last month agreed to make joint efforts to explore harnessing of water resources, including generation of hydroelectricity, and alternative energy sources.