On average, the banking sector’s NPL rose to 12.79 percent of the total loans at the end of September 2013, but the figures of December last year would be at a tolerable level, he said. 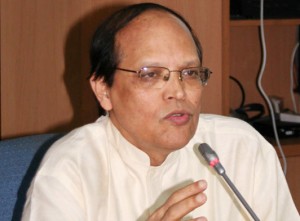 The governor was speaking at a conference of general managers of the central bank at its office in the capital on Sunday, reports the Daily Star.

In September, NPL, also known as classified loans, was 28.76 percent in state banks, 29.39 percent in specialised banks, 7.3 percent in private banks and 6.02 percent in foreign banks, according to the central bank.

In line with the relaxed policies of the BB, banks will be able to fulfil some loan provisioning requirements in 2014 on a case-to-case basis instead of 2013 set earlier.

The governor asked banks not to take advantage of the relaxed policies as bankers said some habitual defaulters may cash in on the benefit.

“You (the general managers) have to keep an eye on the banks so that they cannot reschedule any loan taking advantage of the relaxed stance of the BB,” Rahman said.

He also gave a description of the development that took place in the banking industry during the last five years. Banks’ capital increased by 145 percent to Tk 50,329 crore during the period, he said.

The governor said the number of banks and their branches also increased to 56 and 8,560 respectively from 48 and 6,886 five years ago. Bangladesh’s per capita income reached $1,044 and foreign exchange reserves swelled to $18.5 billion.

He said the exchange rate and the money market were stable during the period due to the central bank’s prudent policies.

The foreign currency loans that the local companies take should not be for short-term and banks should not guarantee any such loans beyond their capacity, Rahman said.