With measured use, the country’s current gas reserve will last for about the next 16 years, state minister for power said in the parliament today. 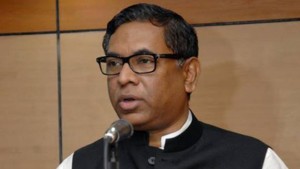 Nasrul Hamid also informed the House that now it is not possible to supply gas according to the demand as the demand for gas will increase in the future.

“If the gas reserve comes down for that, it will not be possible to keep the production at constant rate,” Hamid said in a scripted reply.

The production capacity of the existing fields will reduce with the reduction of gas pressure in the passage of time, he added.

“Under the circumstances, it will be possible to use this gas for more than 16 years at a limited rate,” the state minister observed.