The second edition of Bangladesh Denim Expo is expected to take place in Dhaka from 11 to 12 May 2015, at the Radisson Blu Water Garden Hotel Dhaka, from 10.00 am to 6.00 pm for both days. 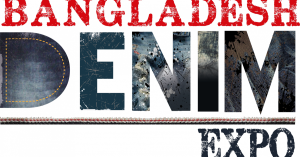 The previous Expo edition, held in November 2014, attracted more than 2,500 fashion industry professionals, including buyers from Primark and H&M. As its first edition, the event is meant to offer international fashion buyers a one-stop sourcing platform for jeanswear manufacturing and act as a hub for international denim insiders to meet up with colleagues, establish new contacts and business deals.

Bangladesh Denim Expo wants to celebrate the country’s key role in the denim scene today and explore its position in the industry’s future development. It aims to showcase the country’s high potential growth for the denim market. The Expo will be characterized by the spirit of a collective that will host about 25 specialized companies who are part of this productive chain.

More than half of the exhibitors are denim weavers (56%), 12% of the total are denim garment manufacturers, followed by chemical producers, accessory, laundry equipment and machinery producers. Among exhibitors there are Absolute Denim, Azgard 9, Garmon, Kipas and YKK.

Bangladesh is well-known for hosting a vast number of companies involved in denim and jeans production, for both niche and mass markets. After China it is the second largest worldwide exporter of jeans to the European market and third for the US one. Around 400 factories are exporting nearly 180 million pieces of jeans worldwide. The local industry presently counts 25 denim manufacturing factories with total investments of over USD834 million. The monthly production of denim counts 30 million yards per month. The Bangladesh garment manufacturing industry exports garments to over 132 countries around the world and employs 4.4 million people.

Bangladesh Denim Expo is a non-profit enterprise. The show’s aim is not only to promote denim trade in Bangladesh, but also to encourage better business practice that can help raising the living standards of its inhabitants. Any surplus funds from the show will be donated to a seed fund for a Denim University in Bangladesh.

Various seminars and conferences will also be held within the show. On 11 May, at 11 am, Gioielli Massimiliano, R&D Manager, Denim Specialist and Fabric Designer with 25 years’ experience, will hold a seminar focused on “Research and development: the heart of the company”. On that same day at 12 pm there will be “Pioneering Greenscreen in the Apparel Industry” focused on the Greenscreen certification