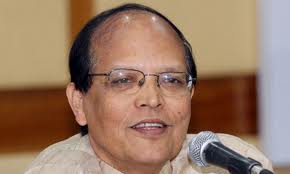 The BB governor made the remark while addressing the inaugural session of the Annual Banking Conference 2014 organised by Bangladesh Institute of Bank Management (BIBM) at its Mirpur-2 office in the capital. Highlighting the central bank’s activities, he said, a countrywide massive modernisation of the financial sector IT infrastructure, including fully automated online settlement of paper based and electronic fund transfers, online credit information and supervisory reporting, have spawned exponential growth of mobile phone banking, vastly benefitting the underserved poor. Atiur said the central bank is active in spearheading initiatives of putting in place and upgrading countrywide connectivity backbone for the inter-bank settlements infrastructure; individual banks will need to be correspondingly proactive in installing and upgrading their own IT platforms in line with rapidly growing and evolving needs.

“With the progress already achieved in online inter-bank settlements and in mobile telephony, banks can and should now move fast in expanding mobile phone or smart card based banking services reaching out to new depositors and borrower customers in rural and itinerant urban populations.” He said a school banking programme has started to inculcate the savings habit among the youngsters. “Also the initiative of opening bank account for street children is another milestone to enhance its financial inclusion programme and bring more unbanked people in its umbrella.”

Referring to the emerging challenges to climate change, the governor said the central bank has taken the lead in promoting environmentally benign innovations like harnessing solar energy, biogas, effluent treatment plant and Hybrid Hoffman Kiln for the brickfields as well as generating electricity from biogas, employing solar irrigation pumps and encouraging the banks to finance setting up of solar energy panels in households and business establishments.

On the other hand, Atur said, the total bank accounts, including school and mobile banking stood at around 84 million by the end of 2013 from only nearly 38 million in 2009.