The dollar turned higher in Asia today after suffering a sell-off in the previous two sessions following an unexpectedly weak set of US jobs data.

The greenback changed hands at 103.37 yen in Tokyo morning trade, up from 102.98 yen in New York Monday afternoon, but still well down from levels near 105 yen in Asia last week, reports AFP. 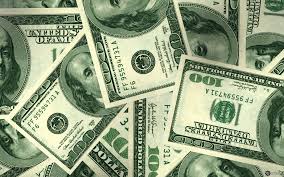 The dollar plunged the US Labor Department said Friday that the world’s biggest economy added a mere 74,000 jobs in December, well below the consensus estimate of 197,000.

The figures raised speculation the Federal Reserve will delay a further reduction in its stimulus programme, a negative for the dollar.

At its most recent meeting, the central bank said it would cut the bond- buying by $10 billion a month to $75 billion, citing a strong pick-up in the economy.

“We’d be surprised if the Fed only focuses on drops in the jobless rate and continues to press ahead calmly with tapering,” said Credit Suisse research analyst Hiromichi Shirakawa.

A senior dealer at a major bank in Japan said the dollar may win support from Japanese beverage giant Suntory’s $16-billion buyout of the US maker of Jim Beam bourbon.

“Reports say Suntory plans to fund the buy-out with cash and financing from the Bank of Tokyo-Mitsubishi UFJ and finish the deal by June, so we can expect UFJ to be buying some US dollars for the yen,” he told Dow Jones Newswires.

“I don’t expect any impact immediately, but once orders start coming in, it could provide downside support,” he said.

The greenback got a boost Tuesday from investors buying the unit on dips and after data showed Japan’s current account deficit tripled year-on-year to a record 592.8 billion yen in November.

Japan has been posting widening deficits in the current account—its broadest measure of trade with the rest of the world—as energy costs surge after the country’s nuclear reactors were shut down in response to the Fukushima disaster.