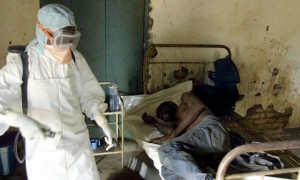 There have been 3,500 confirmed or probable cases in Guinea, Sierra Leone and Liberia. “The outbreaks are racing ahead of the control efforts in these countries,” WHO chief Margaret Chan said.

The WHO is meeting on Thursday to examine the most promising treatments and to discuss how to fast-track testing and production.

Disease control experts, medical researchers, officials from affected countries, and specialists in medical ethics will all be represented at the meeting in Geneva.

At least $600m (£360m) are needed to fight the virus, and more than 20,000 people could be infected before the outbreak is brought under control, the WHO has warned. Ms Chan described the outbreak as “the largest and most severe and most complex we have ever seen”.

“No-one, even outbreak responders with experience dating back to 1976, to 1995, people that were directly involved with those outbreaks, none of them have ever seen anything like it,” she said.

More than 40% of the deaths have occurred in three weeks leading up to 3 September, the WHO says, indicating that the epidemic is fast outpacing efforts to control it.

‘Losing the battle’
On Wednesday Nigeria reported two further cases in the city of Port Harcourt.

There had previously only been one case outside the city of Lagos, where five people have died from the virus. “The outbreak of Ebola virus disease in Port Harcourt has the potential to grow larger and spread faster than the one in Lagos,” the WHO warned.

Also on Wednesday, the first British person to contract Ebola during the outbreak was discharged from hospital after making a full recovery. On Tuesday medical charity Medecins Sans Frontieres (MSF) warned that a global military intervention was needed to combat the outbreak.

MSF condemned the global response so far as “lethally inadequate” and said the world was “losing the battle” to contain the outbreak.

It has called for military and civilian teams capable of dealing with a biological disaster to be deployed immediately, as well as for more field hospitals with isolation wards to be set up, trained healthcare workers to be sent to the region and air support to move patients and medics across West Africa. -Source:bbc