Gardening on the roofs of residential buildings has emerged as a poplar way of passing time and satisfying the mind in many of Bangladesh’s towns and cities, including its capital Dhaka, which environmental experts say will have a moderate yet positive effect on the environment.

These gardens, at the same time, to some extent, benefit the families running them, economically. 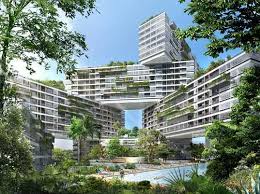 Many owners of the buildings are making eco-gardens in the residential buildings to pass time and family members stop by to help the owners take care of the gardens.

Eminent Bangladeshi media personality and agriculture development activist Shaikh Siraj was the pioneer of such eco- garden, as he produced an agricultural program dubbed “Mati-o- manush” (Earth and human) aired on the official Bangladesh Television station (BTV) when there were no other private channels, Xinhua reported.

Due to this program, Siraj is now a celebrity and has changed his fate in Bangladesh as a pioneer of such gardening.

Siraj is now the news chief of the private television channel ( channel-I) and his television program is very popular.

Agriculture officer Matiur Rahman, from the agriculture extension office, said that if the gardens are pre-planned, then they could play an important role in reducing environmental hazards and complement the families’ income.

It is fact that trees are a vital source of all human life, providing oxygen to humans for their survival. But the number of trees in urban areas are drastically declining.

Solaiman Haider, director in the environment office in the capital,said the number of forests in Bangladesh are now far below its requirement. Construction projects are now infringing on the forests, resulting in an environmental imbalance.

The house owners, however, are making both kitchen gardens and planting orchards, as well as different fruit bearing grapes, guava, mango, all popular fruit in Bangladesh, and other kinds of local fruit too.

A gardener in Dhaka’s Banasree residential area said he started gardening five years ago by planting grapes in the garden.His grapes produced a good, high quality harvest which was equal to that of imported produce.

The gardener, Abdul Mazid, said his family members also look after the garden. They water the garden and add fertilizer and pesticides to the plants. His garden’s bounty is plentiful, producing guava and other fruits.

Similarly, Lutfur Rahman, a government employee has a house in the Mirpur residential district, and said he has planted a mango tree in a big tub made with cement. His tree is small in size but produces mangos in the off season.

His garden has other fruit -bearing trees like guava and other local fruit. Bangladesh produces a huge quantity of guava every year, but the agriculture officer Matiur Rahman cannot provide any official statistics of guava production in the country.

There are many gardeners in Bangladesh’s capital Dhaka, who produce a variety of vegetables, which are supportive to their families’ income.

These gardens make the houses beautiful and provide organic fruit, which are very difficult to find in regular fruit markets.

In Bangladesh it is difficult to obtain organic fruit, as market traders grow and ripen their fruits using chemicals to enhance the appearance of the fruit.The gardens also help to improve the environment and economic circumstances of the families ‘ who tend to them.