Members of the Bangladesh Social Club, Muscat, will elect their 12 executive committee members on September 12.

Speaking to Times of Oman, Mohammed Shafiqul Islam Bhuiyan, president of the club, said that the next president and secretary would be chosen from among the 12 executive committee members. 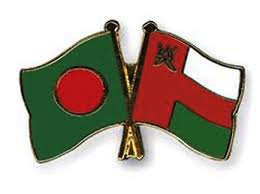 “The election is being held under the rules and regulations which have been laid down by the Ministry of Social Development of Oman,” said Bhuiyan.

He also said that genuine members of the club are eligible to vote on Friday at the club office in Ruwi.

“We are expecting more than 225 voters to select the new board,” he added.

The results will be available on Friday evening. Ever since the inception, the club has been very alert in responding to various cultural needs of the Bangladeshi community, and are active in finding solutions to numerous problems faced by them.

However, not everyone is happy with the sudden announcement of the election date.

“The current board didn’t approve of this election, so how can this happen,” asked secretary of the Bangladesh Social Club, Mohammad Yaseen Chowdhury.

He also said that he didn’t have any inkling about the election date even though he was the secretary of the club and only got to know about it from his friends.

“Even the mandatory SMS to members informing them about the election date was not sent to anybody this year. This is a clear violation of rules,” he alleged.

To discuss this issue, a meeting was organised recently where members called for postponing the elections so that everybody could participate. “

We also called for a new election date to be announced after allowing all members to renew their membership by paying three months dues instead of dues of 17 months,” Chowdhury added.

It also called for a three-member committee from the community to prepare a new voter list and hold the election.

To defer the election, a large number of Bangladeshi expats even met senior officials of the Bangladeshi Embassy on Tuesday.

Earlier in 2013, following a complaint from Bhuiyan, the Ministry of Social Development had postponed the elections of the club.