Have you thought about how Malaysia’s election commission compares with its counterparts in Bhutan, Bangladesh and India? And about how it compares with two Malaysian NGOs who are working on improving the election process in Malaysia?

Bhutan is home to fewer than one million people. Bhutan transitioned from an absolute to a constitutional monarchy in 2008 when the first general election was held. Bhutan is a member of the South Asian Association for Regional Cooperation (SAARC), together with Malaysia. 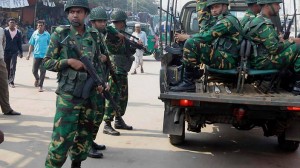 On October 7, the website of the election commission of Bhutan announced that the head of Bhutan’s EC would attend an SAARC workshop in Langkawi from October 8 to 9. The announcement about the Fourth Informal Workshop of Chief Election Commissioners of South Asia included this:

“In the workshop, the chief election commissioners/heads of election management bodies of SAARC countries will share knowledge, identify common challenges and explore ways to help each other in response to many common problems faced.

“The workshop is supported by the Malaysian Commonwealth Studies Centre, the Cambridge Malaysian Education and Development Trust, the Cambridge Conference on Electoral Democracy, and the Foundation for Advanced Management of Elections and the Election Commission of Malaysia.”

The website of the EC of Malaysia (SPR) says nothing about the Langkawi workshop.

The agenda of previous workshops in the series included legislation and implementation to curb the illicit use of media during elections, the establishment of a regional elections academy, and electronic voting. The chiefs of the EC’s of India and Pakistan reported their progress in those areas.

Bangladesh has a population of about 157 million. The website of the EC of Bangladesh is frequently updated, in the Bangla language. Recent updates include “political parties (sic) expenses” and “candidate disclosure”. Bangladesh is considered a poster child for clean and fair elections – they even used photo identification in their elections.

India is home to over 1.2 billion people, over 1,600 political parties and over 800 million registered voters. India held a general election in May this year. The election, which entailed six weeks of voting in about 930,000 polling stations, proceeded smoothly. Electoral malpractices did not feature in news reports about the election which swept away a long-entrenched coalition.

You can freely download and read much about the Indian election process in the report “Systematic Voters’ Education and Electoral Participation”, issued by the election commission of India (ECI). The report documents work done collaboratively with the United Nations Development Program. These words from page 3 of the 211 page report show the spirit which energises the ECI:

“Is voting just a right, a duty, a voluntary action or an empowering collective journey taken by a huge number of people deciding not the fate of the candidate but their own?

“The electoral process is one of the major unifying activities for Indian citizens. Election Day is the one day when everyone in India is EQUAL.”

I’ve already noted that SPR’s website is silent about the Langkawi workshop. I can add that the latest update on the SPR website is this: On October 25, 35 members of the EC attended a feast at the Putrajaya Convention Centre on the occasion of Maal Hijrah.

The SPR website also has two media statements released in October. The first statement announces display of new names added to the register of voters in the third quarter of this year; it doesn’t require comment. The second statement, dated October 21, runs into 5 pages of tightly written script. Essentially it says:

“The SPR abides by the federal constitution. We have good reasons [I won’t bother to rehash them] for not completing the review of constituency delineation within 8 years of the last review. We are gathering data to compile a preliminary report for submission to the speaker of parliament and to the prime minister. We will then gazette the proposed boundaries and advise the public as provided for in the constitution which also requires the work to be completed within 2 years of gazetting, and provides for qualified groups to make representations about our proposals. SPR will consider all representations against specified criteria, then prepare and submit a final report.

“‘One man, one vote, one value’ is not applicable in Malaysia because of topographical and demographical factors. Decision rights in delineation belong not to the SPR, but to parliament.”

[The SPR has said nothing new; it is simply a preamble to the gazetting of the new constituency boundaries. It is also a red flag, re: “one man, one vote, one value”.]

The SPR Malaysia website proclaims that it is transparent and sincere (“telus dan ikhlas.”)

With respect to transparency and sincerity, SPR has many competitors in its own field: not only the ECs of tiny Bhutan, relatively large Bangladesh and massive India, but also Tindak Malaysia ™ and Bersih 2.0’s Delineation Action & Research Team (DART).

TM and DART set standards in the use of technology and websites to transparently share their efforts to train the public and to prepare and show alternative constituency delineations.

SPR’s website is an embarrassment when compared to the websites of the ECs of Bhutan, Bangladesh and India, and to websites of the voluntary Malaysian organisations TM and DART. The SPR shows itself as being at the mercy of parliament. The ECs of other nations show themselves to be champions of unity. – November 5, 2014.