The Supreme Court of India during the hearing of two public interest litigations (PIL) on the gas pricing issue asked the government why Niko Resources is selling gas in Bangladesh at $2.34 per mmBtu while it wants a price of $8.4 per mmBtu in India. Ironically when the case was being argued in the Supreme Court, government owned ONGC has demanded a price of $13 per mmBtu for its gas. 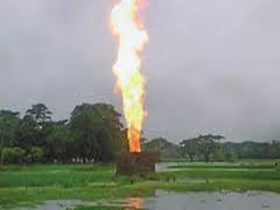 While the product, natural gas remains the same, the three price points that we have only adds to the confusion. Why should ONGC ask for higher gas prices when the government, using the Rangarajan Committee formula has suggested a price of $8.4, which in any case is being contested saying that it is too high.

Arvind Kejriwal had first raised the question of Niko Resources charging a price of $2.34 in Bangladesh as against its demand of over $8 in India. The question does seem logical, why should a product cost nearly four times as much between neighbouring countries, when the producer is the same.

The difference in prices arises from the source of extracting the gas. In Bangladesh, Niko is evacuating gas from onshore fields (based on land). While in India the company has to extract gas from offshore fields (in the sea). In fact the KG D6 basin from where Niko along with Reliance and BP are extracting gas is a deep water well, which means that the company has to operate in the deep sea. ONGC uses the same justification when it demanded $13 for its gas for its wells in Mahanadi basin (close to KG D6).

Apart from the rigs, there are other costs which adds up as we move from onsite wells to shallows ones and finally deep water wells. A deep water well, because of its exposure to sea water in extreme conditions need costlier corrosion resistant equipments. The same is not the case with an onshore rig. A US Energy Information Administration study points out that cost of production of oil and gas in onshore is $31.38 per barrel of oil equivalent as compared to $51.60 in the case of offshore (shallow water). Deep water exploration and production are at least twice as expensive as shallow ones.

In short, it would not be fair to compare the price of Bangladesh wells with that of Indian ones.

But what needs to be asked is why should we not buy gas priced at $2.35 from a neighbouring country rather than buying it from a costlier source in India. Even Rangarajan Committee did not take into account cost of importing from Bangladesh and Burma but rather used price of importing gas from some of the distant countries like US and Japan.