Finance Minister AHM Mustafa Kamal said that the National Board of Revenue (NBR) would not fail in revenue collection if the other economic parameters remain well mentioning that the Novel Coronavirus (COVID-19) has impacted the country’s economy like the other countries.

“The whole of the world is being affected due to the COVID-19 pandemic and we’re also affected as well. We’re working to overcome the shock and maintain the revenue collection. We won’t fail in revenue collection if other economic parameters remain well,” he said.

The Finance Minister was briefing reporters virtually after holding a virtual meeting with the top income tax department officials of the National Board of Revenue (NBR). 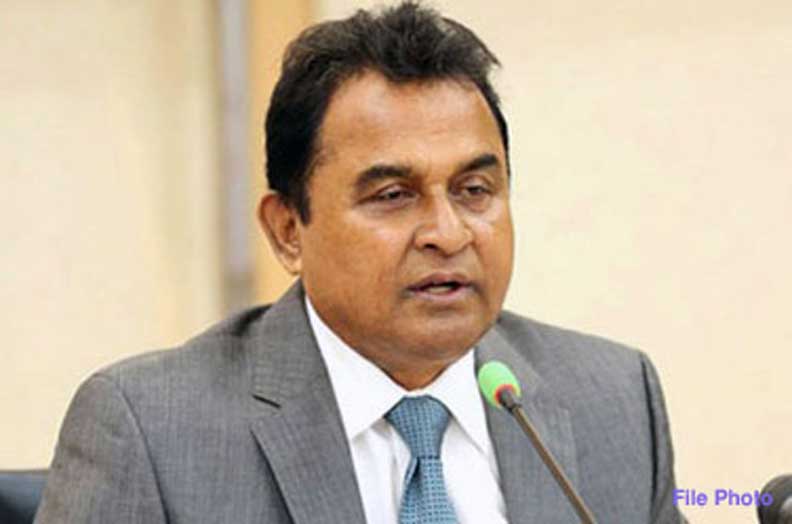 Referring to the positive trend in export earnings in July and also in the first 15 days of August alongside a sound inward remittance flow, Kamal said if the various economic indicators continue to fare better, then the revenue collection will increase.

Noting that the government has taken all-out measures to increase the revenue collection, he informed that new tax officials would be recruited while their efficiency will be enhanced.

“We’re trying to motivate the eligible people so that they pay tax,” he said adding that there was 14 to 15 percent growth in revenue collection on average over the last 10 years.

Reiterating his vow to launch income tax offices in every upazila, Kamal said he has already asked the NBR Chairman to frame a project in this regard.

The Finance Minister said if such offices are set up at the upazila level, then these offices would become profit making institutions while the common people would feel motivated to pay taxes.

“I think we’ll be able to attain the revenue collection target and we’ll bring all the eligible persons under the tax net,” he said adding that the number of taxpayers would increase in the coming days due to various reforms by the government like simplification of the tax return forms.

Answering to a question, Kamal said that the revenue collection is still not up to the expected level as a number of eligible persons do not pay tax. “But, we’re increasing our efficiency and putting emphasis on automation. If there is full automation, then none will be able to evade tax,” he added.

Replying to another question, he said according to the estimation of the various international agencies, around 4 crore people in the country are now in the middle income bracket, but only 22 lakh people submit their tax returns in the country.

“We’ll have to identify the new taxpayers, motivate them and thus bring them under
the income tax net. Otherwise, the revenue board will have to go tough in revenue collection,” he said.

Asked about his reaction over the comments from CPD on the country’s GDP growth, the Finance Minister said the CPD actually acts on assumption, but the Bangladesh Bureau of Statistics (BBS) deals with data and information. “So, you can say to what extent their (CPD’s) words can be acceptable,”

He also said that the CPD collects raw materials and then export those and this is their easy business.

The Finance Minister also noted that anyone can perceive the real scenario of Bangladesh through looking into the mills, factories, businesses, rural economy and infrastructures, road infrastructures, and also at the resources of rivers, canals and beels.

He said that the FY 19 was a strong and sound year for the country on economic aspects with a revenue collection of around taka 2.23 lakh crore, but the revenue collection was reduced by around Taka 5,000 crore in the last fiscal year (FY20) due to the impact of COVID-19.

“If we had said that we’ve attained our targeted 8.2% GDP growth in last fiscal (FY20), then they (CPD) could say something. But, we’ve downsized our GDP growth at 5.24% in last fiscal,” Kamal said.

The Finance Minister also thanked the NBR officials and employees for continuing their operations despite an abnormal situation owing to COVID-19.

NBR Chairman Abu Hena Md Rahmatul Muneem said that they are committed to show results as they are working on various reforms.

He also informed that the Electronic Fiscal Device (EFD) machines are likely to be launched formally on August 25 which is expected to boost the VAT collection.